According to a new report from the ESA, the video games market generated $90 billion in revenues in the United States in 2019 and contributed roughly 0.41% of the country's total GDP.

The ESA's new Video Games in the 21st Century: Economic Impact Report is jam-packed with interesting tidbits of info. The report focuses on video game trends in the United States, and confirms metrics like total earnings, number of workers/employees/developers. 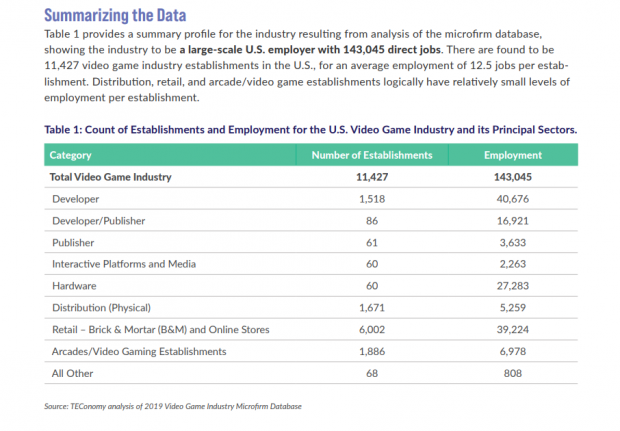 The economic brief says video games made over $90 billion in the U.S., coupled with over $12 billion in tax revenues (companies like Activision-Blizzard and EA are adept at minimizing taxes, though). The report also says there's over 11,000 game development/publisher establishments in the United States, and most of the games jobs are in California (25,000+ as per geographical data from TEConomy). 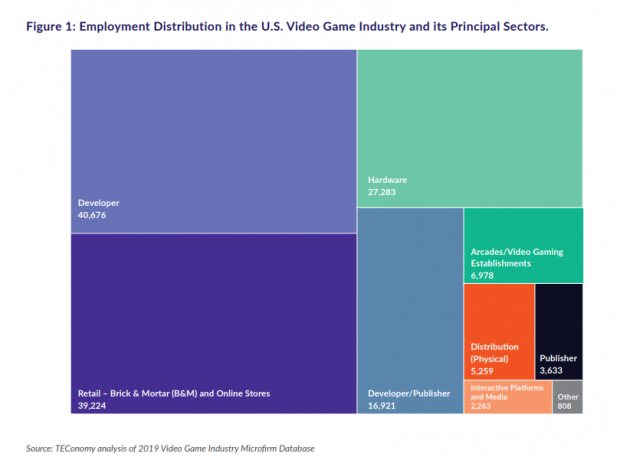 The market will only expand in 2020 thanks in no small part to coronavirus lockdowns, as consumers turn inward towards video games for entertainment. This has caused interactive games revenues to surge--Activision, Take-Two, Nintendo, Sony, and THQ Nordic have all reported strong Q1 and Q2 revenues to date.

Here's a few other tidbits from the report: