A strange monolith appeared in the Utah desert recently, disappearing after going viral on the internet -- then another appeared in Romania, and now another in the last 12 hours in California.

The monolith that was in Utah was reportedly there for many years, after being discovered on Google Maps between August 2015 and October 2016. It recently disappeared, but the monolith discovered in Romania didn't stick around as long as the one in Utah -- vanishing after just a few days.

Robert Iosub, a journalist for newspaper Ziar Piatra Neamt told Reuters the monolith "disappeared overnight as quietly as it was erected last week. Now all that remains is just a small hole covered by rocky soil".

And now there's reports of a third monolith (or is it the same one?) in California... more on that here. 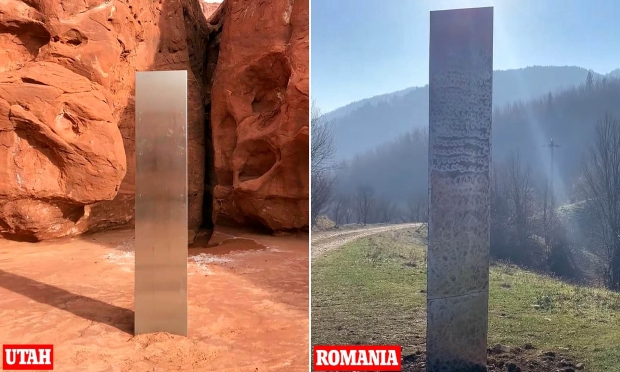