Amazon Studios has just announced early renewal for Season 6, which will be its last season -- just on the edge of Season 5 debuting on Amazon Prime in December 16.

Deadline reports that production on Season 6 of The Expanse will begin on January 20, 2021 -- but the start date could change given the on-going COVID-19 pandemic affecting shooting schedules. The Expanse started off on Syfy, but was cancelled in 2018 -- after which fans launched a huge Save Our Show campaign and Amazon bought the show.

The Expanse Season 4 was released in December 2019 as an Amazon Original Series, with Season 5 debuting on December 16 -- not too far away now!

Andrew Kosove and Broderick Johnson, co-CEOs and co-Founders of Alcon Television Group and executive producers of The Expanse said: "From the moment we committed to bringing this show to life up until this final season, we have worked tirelessly to honor the vision of the writers".

"We have prided ourselves on having one of the most diverse casts on television and giving a platform to stories that matter. A special thanks to Daniel Abraham and Ty Franck, the writers of both the books and series, and to Naren Shankar, the series showrunner and executive producer. It continues to be an honor and privilege to work with this team. We also would like to thank Amazon for their continuing support to help us tell this story in its fullest and to bring The Expanse to a global audience". 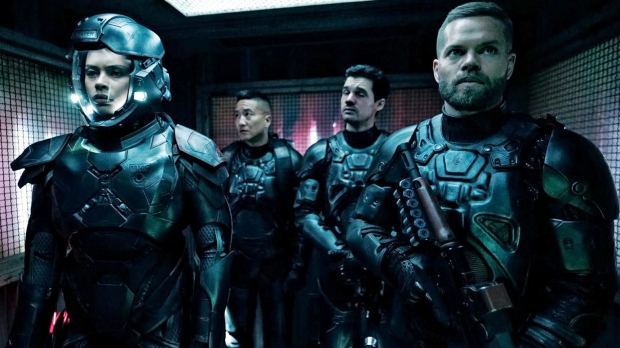