Oculus is celebrating the 1st anniversary of Oculus Link with a new promotion. If you activate a new Oculus Quest 2 between November 20 and January 31 and plug it into your PC to try Oculus Link, Oculus will give you a free copy of one of the best PC VR games on the Oculus platform: Asgard's Wrath.

Asgard's Wrath is a first-person VR action-RPG based on Norse Mythology, and it met critical acclaim when it launched last year. As Oculus put it, Asgard's Wrath is an "ambitious dungeon crawler" and "one of the most fully-realized VR worlds to-date." It's genuinely a must-try for anyone who owns a gaming computer and a compatible VR headset.

The process for claiming your copy of the game is simple. Activate a new Quest 2 between now and January 31, install the Oculus PC app on a compatible computer, and use a compatible USB-C cable to connect the two. Once you've done that, you should see Asgard's Wrath in your Rift library. 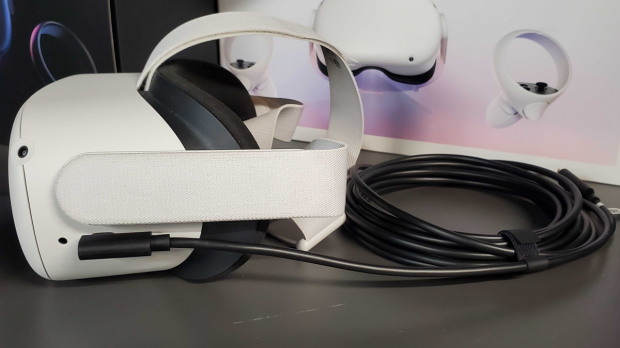 Oculus sells official Link cables, but you don't need to use the official cable to qualify for the free game. Any compatible third-party cable will work.