Ubisoft Montreal has peppered all sorts of interesting world events throughout 9th Century England...but this killer nun takes the cake. 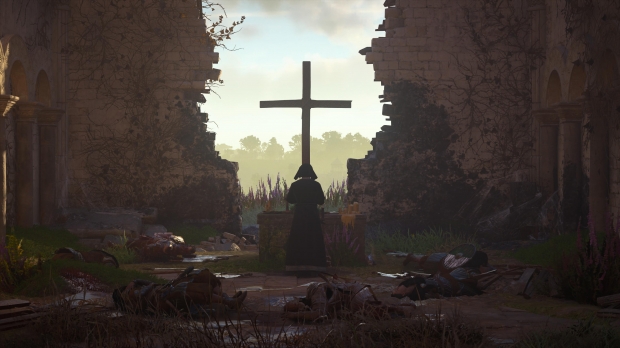 Exploring the newer Assassin's Creed games is like opening a present. You never know what's inside. There's all sorts of surprises that lay in wait like an emotional little girl named Mae who doesn't believe her father is dead. There's also a touching moment where you find camaraderie with children of an enemy Viking faction. And there's also the killer nun in East Anglia that dishes out brutal penitence in the name of the Lord. 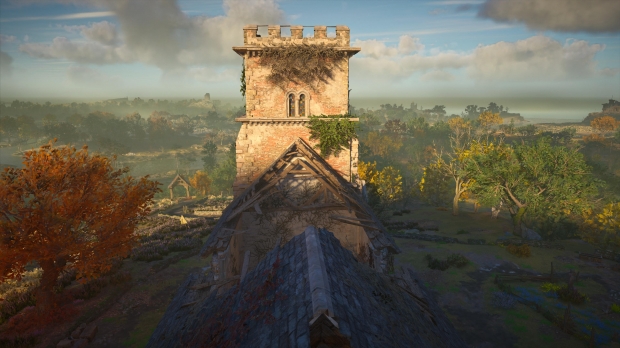 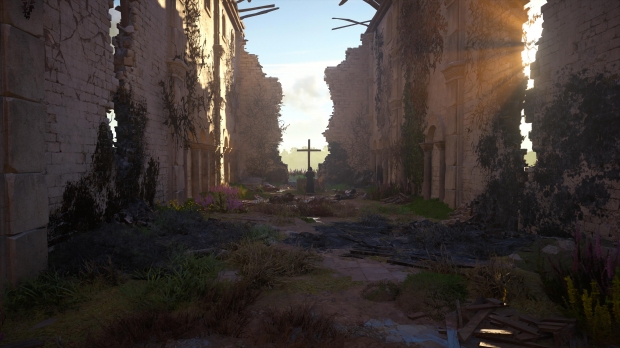 While scouting East Anglia I came across a decrepit old monastery called Edmund's Hope. There was someone praying at the giant cross and speaking holy liturgy. Lots of dead bodies and gallons of blood lay around the figure along with countless swords. The holyperson was simultaneously asking the Lord for forgiveness and offering up "heathen souls". 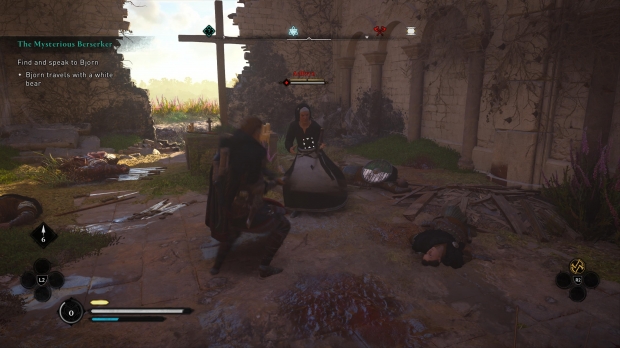 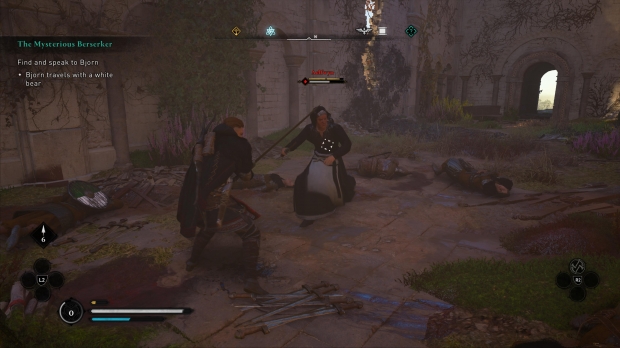 Her name is Aelfwyn, Hammer of the Heathens, and she's a nun who wants to cleanse the land of invaders by brutally murdering them. That includes you, a Dane who's crossed the sea to conquer England. Aelfwyn quickly turns on you with double daggers at the ready. 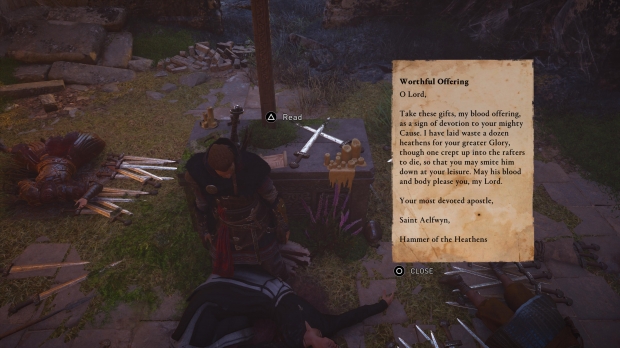 The fight was pretty tough considering I was 23 Power up against 50 Power+ foes. The resulting battle felt like a boss fight in Dark Souls (albeit without the cunning guile and multiple phases/attack patterns). Aelfwyn almost got me but in the end I took her out. 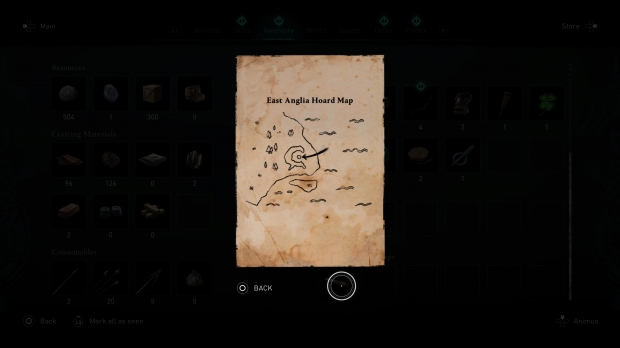 There's also a treasure map hidden in Edmund's Hope so be sure to look out for a nearby ladder.

Here's where you can find Edmund's Hope on the AC Valhalla map: 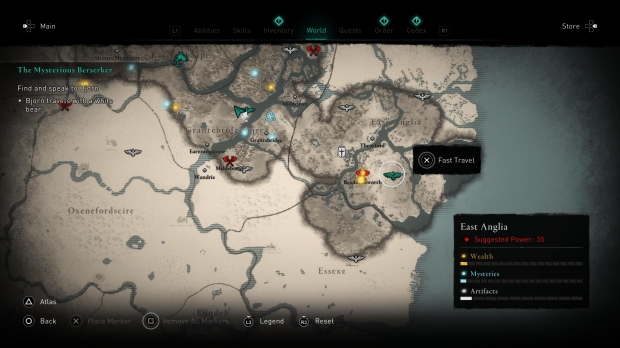