Split Light Studios dropped a teaser trailer for its upcoming game Pirate VR: Jolly Roger, and it looks fantastic. It almost seems too good to be real.

The Pirate VR: Jolly Roger Steam page describes that game as a Robinson Crusoe-style story, in which you find yourself on an island in the Caribbean Sea. The developer said that Pirates VR: Jolly Roger is a linear game, which implies that you won't get to wander freely throughout the island. Still, the trailer depicts a wide range of environments that you'll encounter, such as jungle scenes, dark caves, and a sunken ship.

The trailer also shows off impressive graphics, although it's unclear if the visuals were dressed up for the video. The clip appears highly scripted, so it remains to be seen if the final game looks this good. 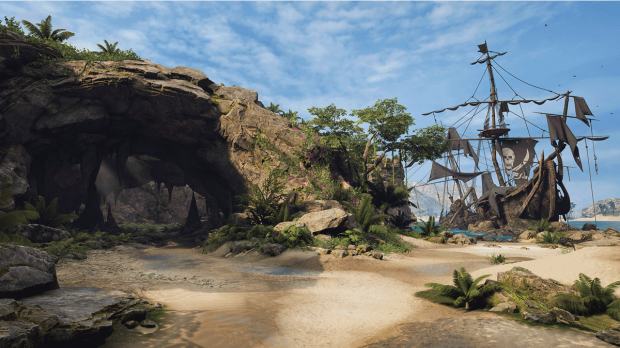 Not much else is yet known about Pirate VR: Jolly Roger. The developer published the trailer on November 9, and it looks like the game's Steam page is brand new as well. Currently, the release date is TBA, and the game doesn't have a price yet, but you can't add it to your wish list to get a notification when you can order it.