Today we posted up an erroneous report stating the Xbox Series X's internal SSD didn't support PCIe 4.0, and that it used a stock WD SN530 SSD. Western Digital has reached out to clarify this is wrong, and the built-in Series X SSD is in fact a customized solution that supports PCIe 4.0. 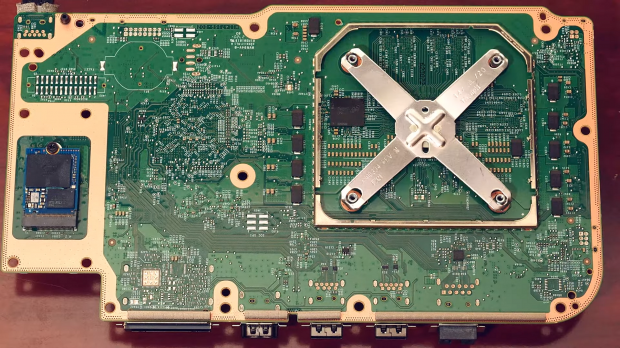 According to Western Digital, the Xbox Series X's WD SN530 SSD isn't a stock OEM drive that's limited to PCIe Gen3 x4 performance. Instead, the drive has been outfitted with a special ASIC that enables both PCIe Gen3 x4 and Gen4 x2 performance, which allows for up to 3.938 GB of max throughput. For reference, the Series X targets 2.4GB/sec in uncompressed data transfers.

Yes, the Xbox Series X's internal SSD is indeed custom, and it is a PCIe 4.0 enabled drive. We apologize for publishing wrong information and for any issues or confusion this has caused.