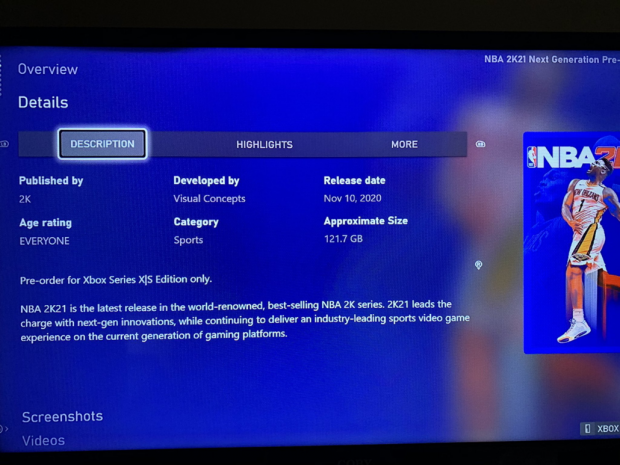 The news is coming from a Reddit user who posted a screenshot of the official Xbox Store details for NBA 2K21, which even if it's a pre-release version of the game, should weigh in at over 121.7GB. Even if the developers make it smaller before release, it should still require 100GB+.

Now remember, the Xbox Series S might ship with 512GB of storage but it should only have around 364GB of usable space -- so between NBA 2K21 and Call of Duty, you're probably going to be out of space. The higher-end flagship Xbox Series X console has 1TB of space, so you won't have this issue -- you'll be able to install a few more games yet.

NBA 2K21 is available now for Xbox One, PS4, and PC -- with Xbox Series X, Xbox Series S and PlayStation 5 versions launching with the consoles.