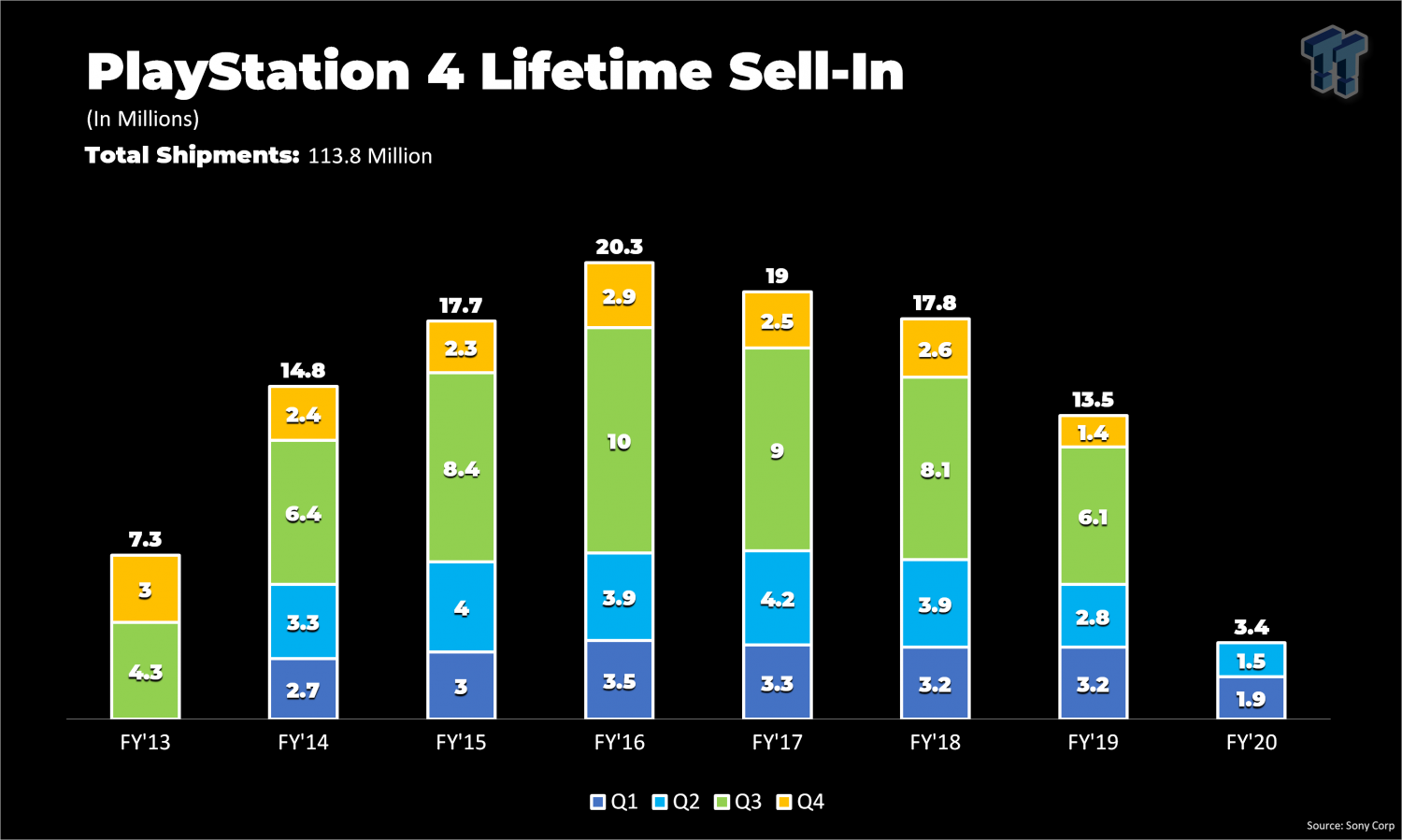 Sony's PlayStation 4 console has now shipped 113.8 million units worldwide since its launch in November 2013, the company reports in its latest earnings filings. Overall, console shipments are dropping considerably in the PS4's seventh year. The PS4 sold-in 1.5 million units in Q2'20, Sony reports, a 46% year-over-year reduction. This is the lowest Q2 for PS4 shipments since the system launched all those years ago. 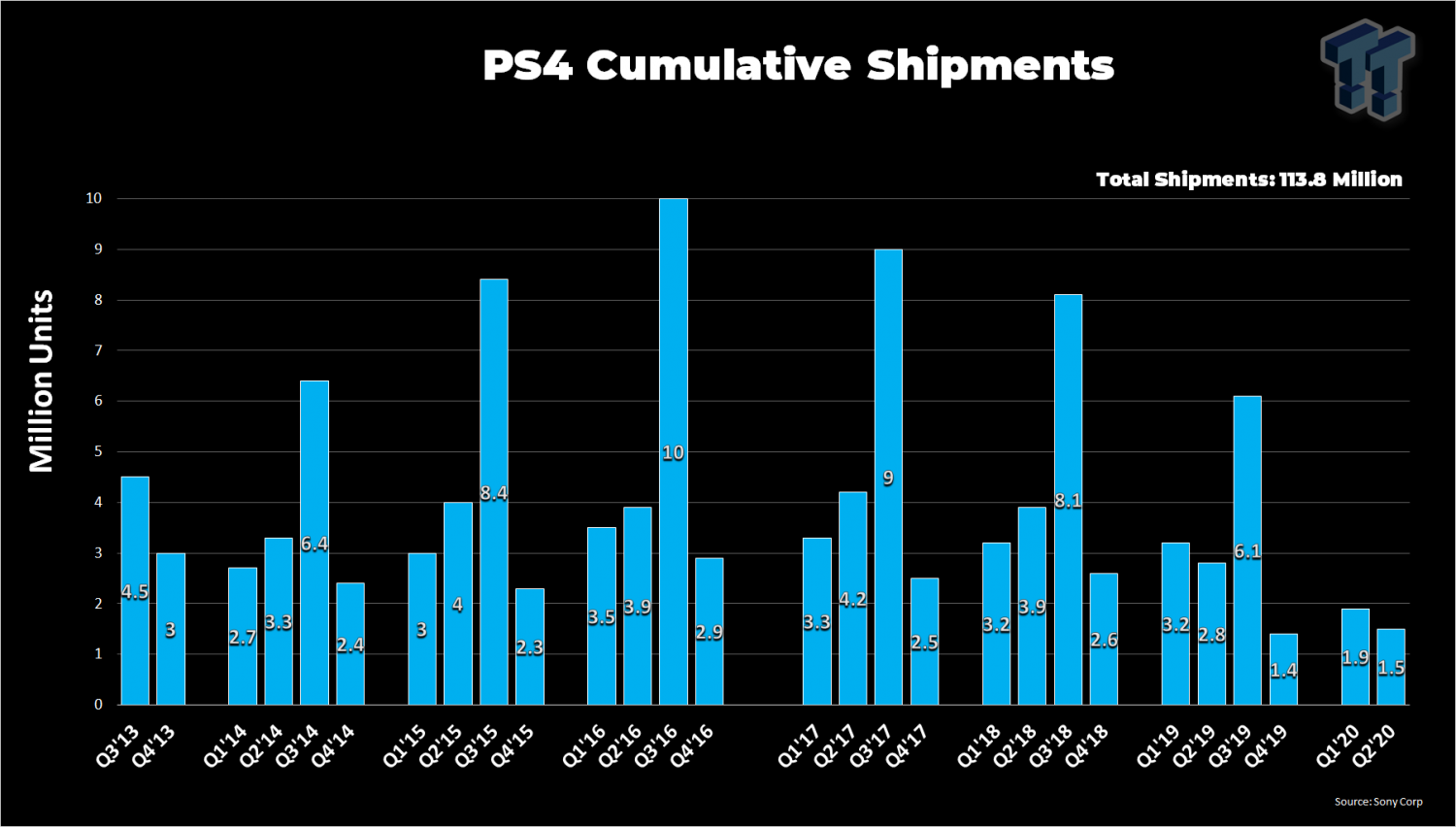 Sony has currently shipped 3.4 million PS4s throughout FY2020, which is likewise the lowest performance in combined Q1 and Q2 sales since the console's initial 2013 release. PlayStation 4 console hardware sales made up 20% of the gaming segment's Q2 revenues, or $960 million (101.586 billion yen), a revenue decrease of roughly 20% year-over-year. This makes sense given the lower hardware shipment drop.

Sony hasn't commented or given exact guidance on how it expects the PS4 to perform throughout FY2020, but notes that game/software sales will be the primary driver for its $945 million (100 billion yen) revenue adjustment.

The PlayStation 2 remains the best-selling Sony console of all time with 155 million sales worldwide (as per official company figures).

Here's how the PS4 matches up with the PS2: 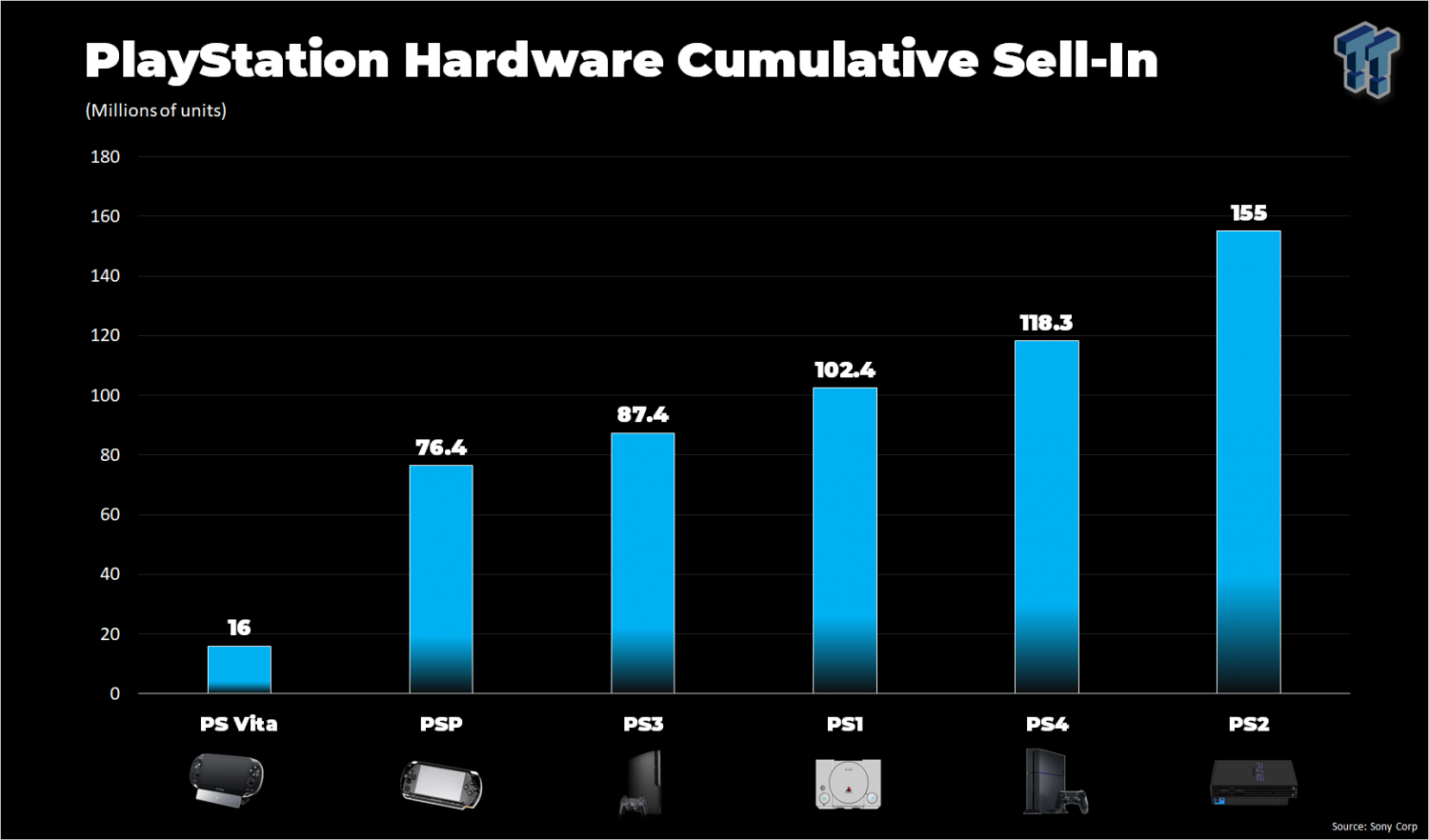