The rumors around the Xbox Series X's blazing hot temps have been disproven, and the console actually runs pretty cool under specific performance demands. 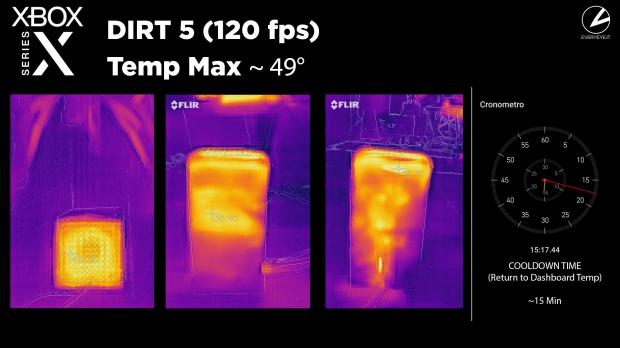 Like the PlayStation 5, the Series X has a mighty cooling solution that combines a 120mm fan, a massive copper-plated vapor chamber heat sink, and a split motherboard design to ensure optimum temps. This design is working well. Various Series X previews have compiled operating temps for the Series X, and the results are pretty good.

According to Venture Beat's Jeff Grubb, the Xbox Series X maxed out at roughly 50C while playing Hitman 2, a backwards compatible game that hasn't been significantly optimized for the hardware. Tweakers.net has more comprehensive FLIR temp readings that show a substantial 27% decrease in overall heat output on the Series X. The test was conducted over 15 minutes of playing Red Dead Redemption 2 on both an Xbox One X and Xbox Series X. 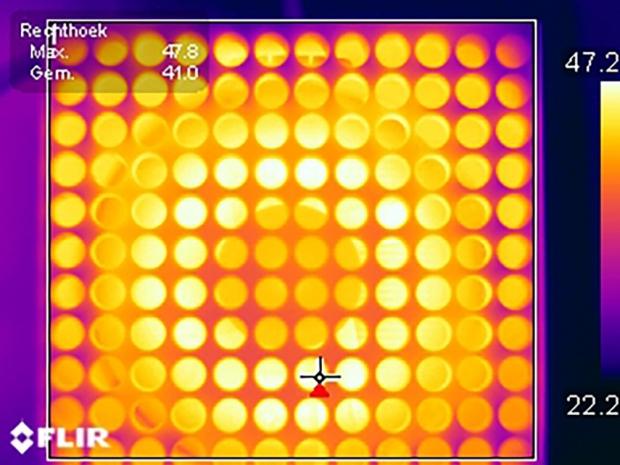 Not only does the Series X run cooler than the One X, it draws significantly less power, pulling in 128W of power versus the 180W of the One X. 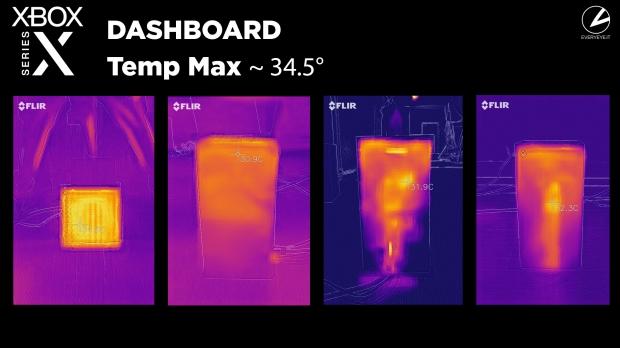 Other tests from Italian website Everyeye show the Series X maintaining a cool 49C while playing Dirt 5 at 120FPS. Even when playing Doom Eternal, the console only hit 45C.

It's worth noting that Dirt 5 is really the only optimized game played on the Series X, and more demanding titles like, say, Call of Duty Cold War running at 4K may raise temps even higher. But these readings are a great indicator on what to expect from the console's overall heat output. 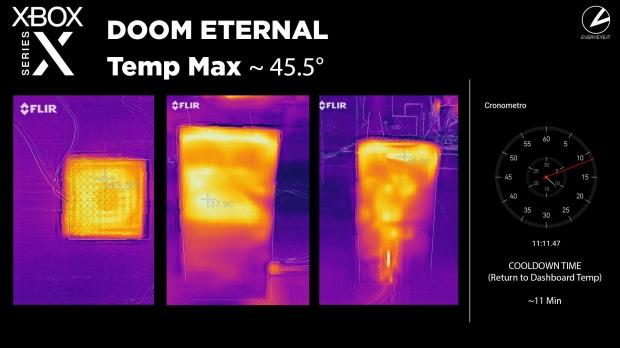 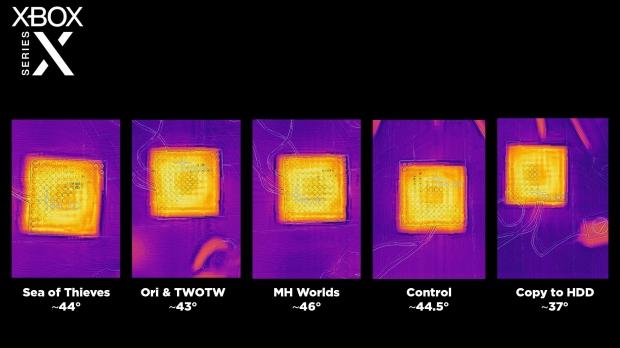