Just in time for the Quest 2 launch, The Walking Dead: Saints & Sinners is now available on the Oculus Quest mobile VR platform. If you're new to VR, maybe try something else before giving yourself a heart attack in a zombie apocalypse. 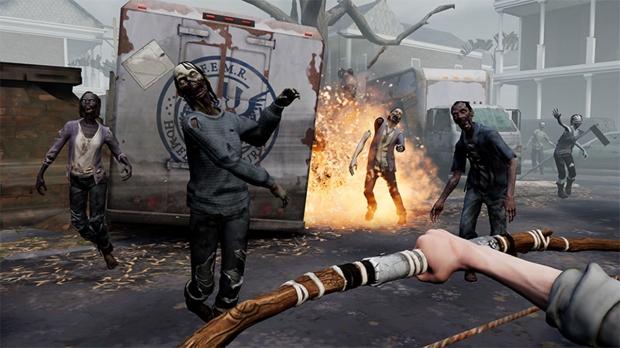 Skydance Interactive today released the Oculus Quest port of The Walking Dead: Saints & Sinners, one of the most highly acclaimed VR games in the horror genre. The game came out last year on PC VR and PCVR, and now it's available for Oculus' standalone VR solution.

The Walking Dead: Saints & Sinners is an open-world survival horror game situated in the heart of New Orleans. Players need to scavenge for equipment such as weapons, food, and crafting materials, while they fight for their lives against uncountable numbers of bloodthirsty walkers.

Skydance Interactive said that The Walking Dead: Saints & Sinners features a 15-hour single-player campaign, making it one of the longer games you'll find on the Quest platform. And that's not all for content. The developer said that a new update call the Meatgrinder update would bring hoard mode to the game in the coming weeks.

The Walking Dead: Saints & Sinners is available for $39.99 on the Oculus store. This game supports cross-buy on the Oculus Store, so if you own if for Rift, you already have it for Quest, and if you buy if for Quest, you'll get a PCVR license too.