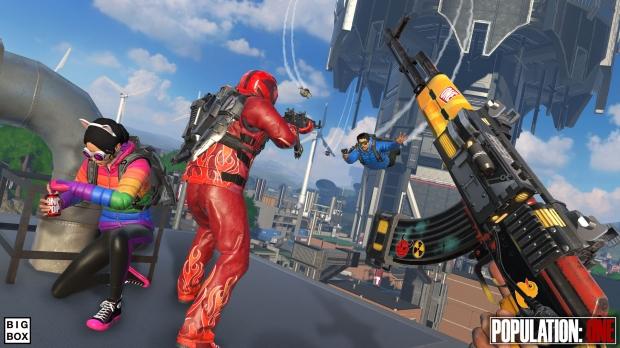 Population: One is a first-person virtual reality battle royale game that is sure to attract Fortnite fans. Like Fortnite, Population: One allows you to collect materials to craft shelters, but you don't need to build your way to high perches in this game. Population: One gives you other means to reach high places.

Population: One is built around the Vertical Combat System (VCS), which encourages players to use height to their advantage. In Population: One, you can climb any vertical surface. Every player also gets a jetpack with a set of wings that allows you to fly from structure to structure.

"We've worked hard to bring POPULATION: ONE to as many platforms as possible by pushing the absolute limits of modern mobile VR chipsets," said Gabe Brown, BigBox VR's CTO and co-founder. "We're excited to see how players use the Vertical Combat System to compete and win starting on October 22!"

BigBox VR said Population: One would be available on the Oculus Store for Oculus Rift and Oculus Quest, and it's coming to SteamVR on the same day. Each version of the game is cross-play compatible, which means players will be up against people with Quest, Quest 2, Rift, Vive, Windows MR, and Index headsets. The game will sell for $29.99 on October 22.