We have just gotten our first peek at AMD's upcoming Big Navi in the form of the Navi 21 GPU that will power the flagship Radeon RX 6900 XT graphics card. Check it out: 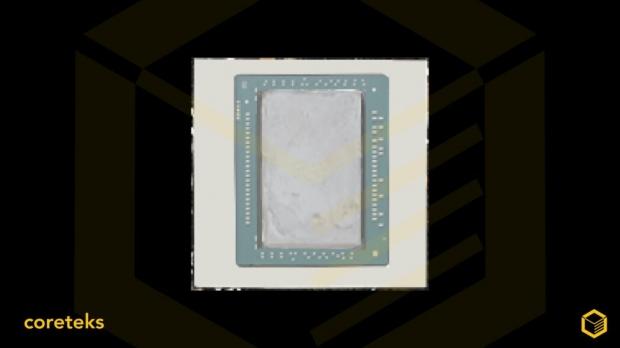 The hot new picture of the Navi 21 GPU is courtesy of Coreteks, who said his sources said that this is the Big Navi "Navi 21" GPU that will power the Radeon RX 6900 XT. It's a gigantic GPU that looks to measure in at around 536mm2 (rough calculation).

What is more important here is the die features no HBM2 or HBM2e memory next to it, confirming that AMD will be going with GDDR6 (and 16GB of it) memory like the previous rumors have said. 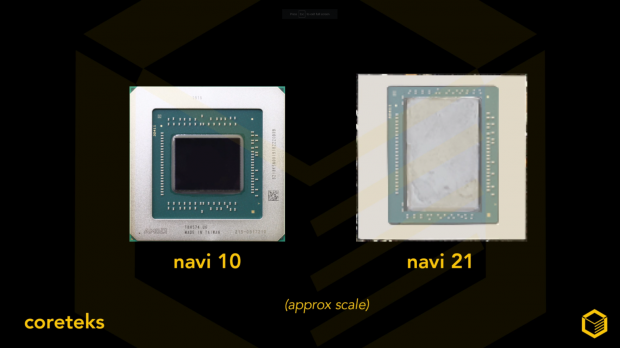 Here it is again against Navi 10, which powers the current flagship Radeon RX 5700 XT graphics card.