We are heading into the weekend with some rather exciting news on Big Navi, with AMD's next-gen RDNA 2 graphics architecture and new Radeon RX 6000 series graphics cards right around the corner... we have a big new tease on Navi 21.

Tom also notes that Navi 21 will not "outright win at 4K" against the RTX 3080, but it will have more VRAM (16GB versus 10GB) and have lower power consumption than the RTX 3080. AMD will reportedly be going with GDDR6 on their new cards, and not the higher-end GDDR6X memory.

This isn't a bad thing as we'll still see great performance numbers out of RDNA 2 as it is (thanks to Sony and Microsoft's input in the development of RDNA 2 for the next-gen PlayStation 5 and Xbox Series X consoles). There's an exciting new cache being touted, which Tom explains in the video -- I will cover that in a separate article as it's quite exciting. 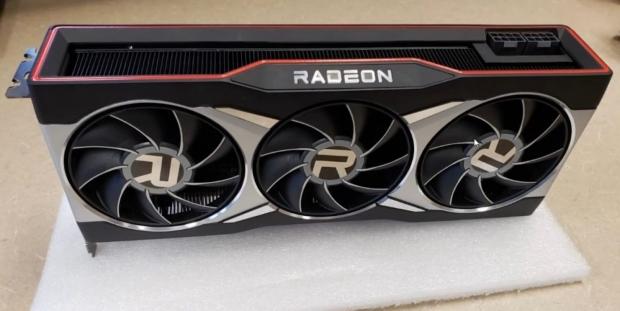 As for the price, Tom says that the estimated pricing right now is somewhere between $549 and $699 and notes that there is a huge range there to talk about. He's right -- AMD could be competitive and launch at $549 or $599 being able to say that performance is close to, equal to in some games, and beating in others against the RTX 3080.

It will have more VRAM (16GB versus 10GB) which is a big deal on its own (even if you don't use it, to say your new card -- the RX 6900 XT in this case -- which has similar performance to your competitors' 4K gaming card) is a huge deal for AMD coming back into the enthusiast ring again.

AMD could price the Radeon RX 6900 XT at $599 and beat NVIDIA by $100 against the GeForce RTX 3080, offering similar (and sometimes more) performance, with much more VRAM and lower power numbers. I mean, it sounds like an easy home run for AMD if this is right.

We will find it all out on October 28 when AMD officially details its new RDNA 2 architecture and next-gen Radeon RX 6000 series GPUs.