Call of Duty: Modern Warfare and Warzone's new Season 6 update has gone live across consoles and PCs, so if you haven't updated yet -- the new update is ready to go. 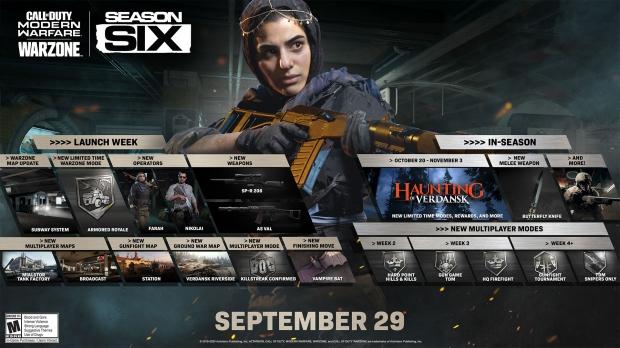 The new Season 6 update packs some big changes to Warzone, with the Subway System introduced to the game which will change things up and make it spicy going into S6. We also have a new limited time Warzone Mode with Armored Royale, two new Operators (Farah and Nikolai) as well as two new weapons (SP-R 208 and AS VAL).

Call of Duty: Warzone's new Season 6 battle pass will cost 1000 CP, or $10. If you want to grab an additional 20 tiers on top, then that'll cost you 2400 CP. There will also be a new Halloween-themed event with The Haunting of Verdansk starting on October 20. It seems we'll see ghosts thrown into COD, which will be an interesting twist on zombies. 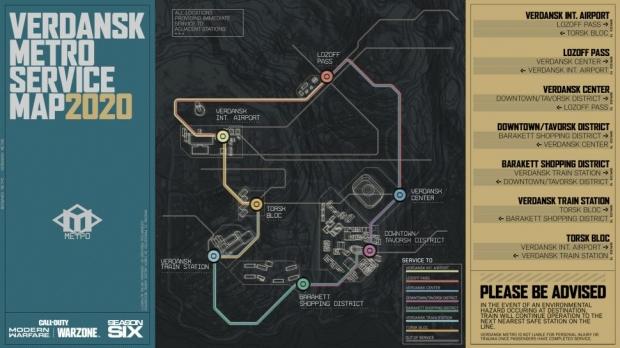 Verdansk's new subway system (the Verdansk Metro Service) can be used to fast-travel between particular areas on the map, with Infinity Ward having the subway stop at 7 stops across the map: