Final Fantasy XVI's debut trailer showed lots of bloodshed, chaos, and a brutal beheading in front of a child. So it's only natural it's rated mature.

New promo materials show Final Fantasy XVI has been provisionally rated PEGI 18, a rating that's typically reserved for more visceral and violent experiences. The trailer is rife with blood and mayhem, showing beheadings, battlefield slayings, and ends with the phrase "I'll kill you if it's the last thing I do." Obviously it's going to be a mature game.

This will be among the first PEGI 18 rated games since Final Fantasy Type-O HD, another dramatic game in the series.

Yoshi-P, who's leading development of the game, says Final Fantasy XVI has been in development for a long time, and asserts the footage is in-engine footage and not a pre-rendered trailer. He also says the game is quite far along but we shouldn't expect it any time soon. A new update won't be out until 2021 at the earliest.

Here's a quick run-down of PEGI 18 and what the classification means:

The adult classification is applied when the level of violence reaches a stage where it becomes a depiction of gross violence, apparently motiveless killing, or violence towards defenceless characters. The glamorisation of the use of illegal drugs and explicit sexual activity should also fall into this age category. 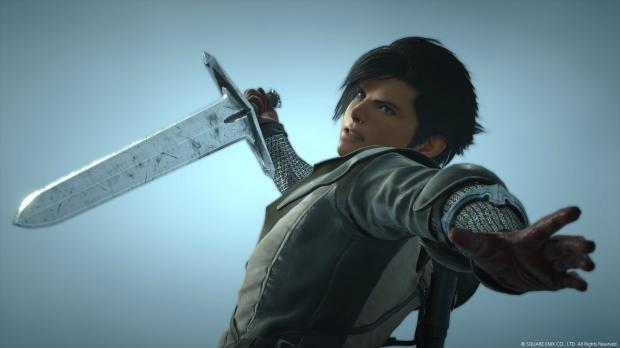