Microsoft's new Xbox beta app for Android has an innovative new pre-loading feature that'll save you time and get you right into the game. 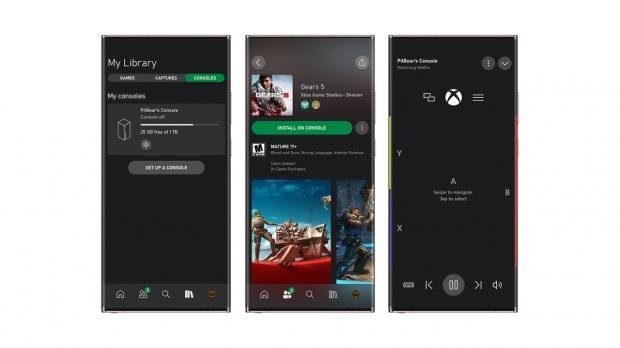 Game downloads are a pain and can interrupt your gameplay sessions. Fire up your console, pop in a game, and bam, a multi-GB update--or worse, you find out most of the game isn't even included on the disc. Luckily Microsoft has you covered with a nifty new convenience feature on the Xbox Android app.

The app now lets you download any digital game offered on the Xbox store. With a tap, you can tell your Xbox One or Xbox Series S/X console to download a specific game even if you're away from home. Of course, you have to actually own the game before you can play it. The store will verify ownership in two ways: Digital rights allowance that's tied to your account, and using the disc as DRM.

It's a good way to pre-load any game to get a head-start and jump right in on launch day, especially for sizable 70GB titles like Cyberpunk 2077.

The app itself is a huge evolution from the second-screen Smart Glass app on the Xbox One and even lets you use your phone as a digital remote control for multimedia and other content. You can also manage friends, manage storage, and update features and settings on-the-fly.