AMD is set to rock our world -- as well as Intel's world -- with its next-gen Rembrandt Ryzen APU family of processors, with the new 2022 APU family of chips being teased with some new specs. 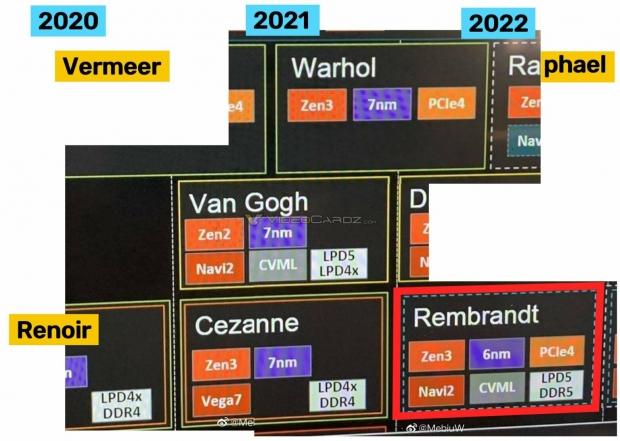 According to @MebiuW on Twitter, we are being told to expect the new Rembrandt Ryzen APU processors to feature next-gen Zen 3 CPU cores and next-gen RDNA 2 GPU cores. Not just that, but the new APUs will be made on the new 6nm process node, and have support for DDR5-5200 memory.

We're being told to expect 20% higher density, with better power consumption numbers compared to 7nm. With AMD utilizing both of its next-gen Zen 3 CPU and RDNA 2 GPU architectures in this new Ryzen APU, we should expect some pretty stellar performance out of the chips when they drop in 2022.