Space is a strange and beautiful place, and we are yet to discover many of the hidden beauties that are floating around out there in its vastness. 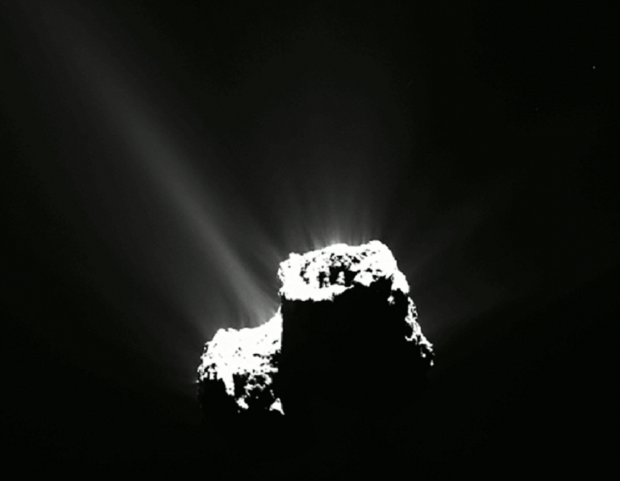 But, every now again, we come across something that we have never seen before. In this instance, we have come across a comet that has its own "Northern Lights". As described by NASA in a recent blog post, data from the Rosetta mission conducted by the European Space Agency (ESA) and NASA have revealed a new comet titled 67P/Churyumov-Gerasimenko that has its own far-ultraviolet aurora.

For those that don't know what the Northern or Southern Lights are, NASA explains that these phenomena happen when charged particles from the Sun hit the upper atmosphere. This interaction between the charged particles and the upper atmosphere creates the beautiful shimmers of color we see. These auroras are known to happen in other locations in space such as Jupiter, Saturn, Uranus, Neptune, and even Mars.

In the instance of the comet having its own aurora, the same kind of principles apply. NASA says, "Electrons streaming out in the solar wind - the stream of charged particles flowing out from the Sun - interact with the gas in the comet's coma, breaking apart water and other molecules. The resulting atoms give off a distinctive far-ultraviolet light. Invisible to the naked eye, far-ultraviolet has the shortest wavelengths of radiation in the ultraviolet spectrum."