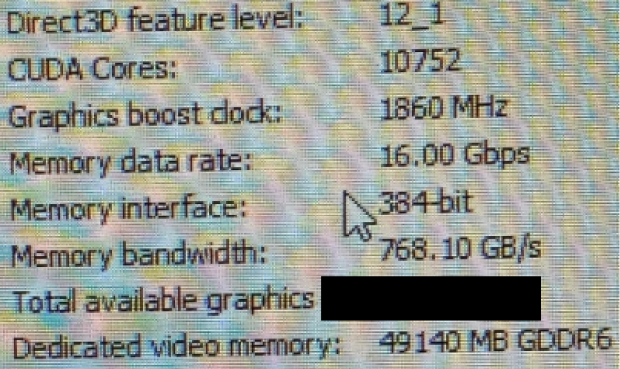 Moore's Law is Dead is behind the news, posting a screenshot from the NVIDIA Control Panel that teased an unannounced, unknown Ampere-based graphics card. The graphics card in question has 48GB of GDDR6 memory (not GDDR6X like in the RTX 3080 and RTX 3090) and 10752 CUDA cores.