Avengers has a fair and innovative monetization scheme where battle passes pay for themselves. 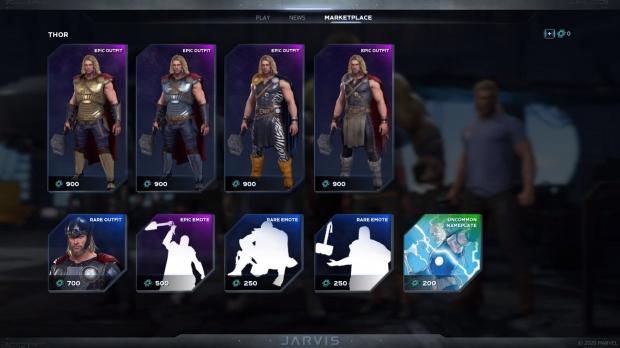 Like any live game, the new Avengers game exists for one primary purpose: To make money from online-driven engagement. Avengers is built to be infinitely replayable and grindy with materials, resources, currencies, and progression systems that keep you playing. The more you play, the more likely you are to pay. Avengers has a forked monetization system that innovates on the traditional battle pass model.

So how will you pay? Avengers has two major monetization paths centered around a premium currency called Credits. These Credits can be bought with real money in ratios like $5 for 500 Credits.

The two paths are:

It's worth mentioning there are two in-game currencies: Units, which are earned from in-game activities and can be used to buy gear, resources, and other content from Vendors, and Credits, which are the premium currency outlined herein.

Cosmetics are straightforward. You can buy these with Credits to customize your hero with a new look. Avengers will have tons of cosmetics that span the entire 80-year history of Marvel comics.

The battle pass system is different, though. Here's how it works.

Every new Avengers hero will be free. Gamers won't have to spend extra money to play any additional heroes added post-launch (including Spider-Man for PlayStation gamers).

But Square Enix has found an interesting way to indirectly monetize these characters and avoid potential earnings losses. 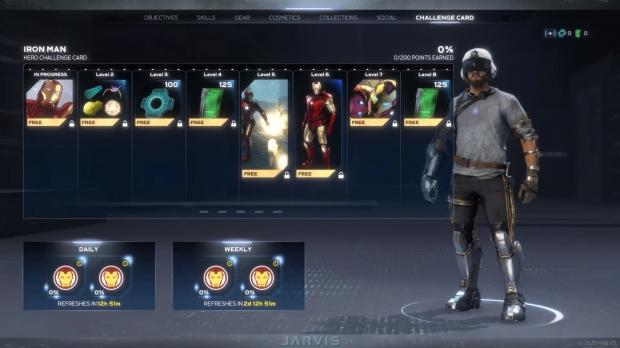 The characters are free, but the progression systems around those characters won't be free. Essentially each hero will have its own $10 battle pass. These are called Hero Cards, they will cost 1,000 Credits ($10), and they're organized like a battle pass with lots of in-game challenges that you complete to earn varying in-game rewards.

Skills and armor won't be locked behind the Hero Cards. But the Hero Cards can reward you with the rare materials required to make and upgrade these armors and gearsets.

So the Hero Cards aren't directly pay-to-win. They're "pay for the chance to win if you spend enough time unlocking them". It's kind of a shortcut that you still have to actually unlock by playing.

The best part of the Hero Cards is that they can pay for themselves. When you complete every objective in a Hero Card, you'll get your 1,000 Credits refunded to you. So essentially the content will pay for itself if you spend enough time.

We want to reward players for their time, so once you activate the premium rewards of a Hero Challenge Card for 1,000 Credits, you can earn everything on that card, including more Credits! If you complete all challenges on your Hero Challenge Card, not only will you earn back your 1,000 Credit activation cost, all the content you'll earn has a value of over 12,500 Credits. Remember, these rewards deliver fun in-game cosmetic enhancements and effects, but they do not provide a gameplay advantage.

Hero Challenge Cards do not rotate and won't be retired, so once you've activated premium rewards, there is no time limit or risk in spreading your focus between heroes. That being said, If you're in a hurry, you can buy "skips" to get through tiers faster.

This monetization system directly rewards players who spend more time on the game, which is a powerful mechanism for retention and engagement. It's also a great way to earn money even when you offer all new characters for free.

From what we've seen so far, the microtransaction system seems pretty fair and may not deter gamers from spending more time and money in Crystal Dynamics' new Avengers game.