Activision isn't offering a free next-gen upgrade path for Black Ops Cold War. Instead, it's selling a cross-gen version for $69.99 that includes a copy of the game across both generations. 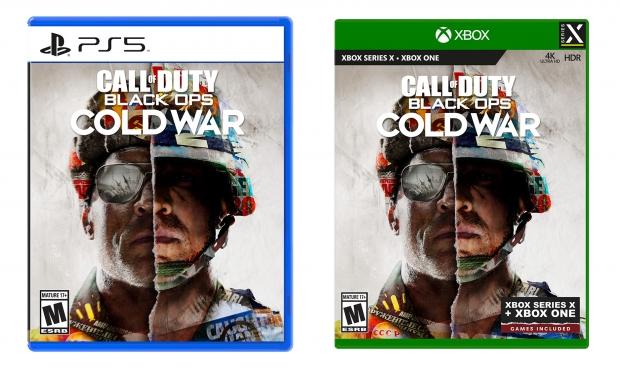 Current-gen gamers will have two options in buying the new Call of Duty on next-gen consoles. First there's a $69.99 Cross-Gen bundle on both the PlayStation Store and the Microsoft Store, which includes both a PS4 or Xbox One copy of the game and a free PS5 and Xbox Series X version when it launches

Anyone who buys the base PS4 and Xbox One game for $59.99 can also upgrade to the next-gen version for $10. This is the exact same cross-gen upgrade plan Activision had with the Xbox 360/PS3 to Xbox One/PS4 generational shift.

The upgrades are only available for digital versions of Xbox One.. Physical retail Xbox copies can't be upgraded, but PS4 disc copies can be upgraded for $10. You'll have to buy the Xbox One version digitally to upgrade it to Xbox Series X for $10.

Activision is also selling physical next-gen retail versions of Black Ops Cold War for $69.99, and these will also come with a copy of the current-gen game.

Here's some details from a new Xbox Wire post:

Digital Standard Edition ($59.99 USD MSRP): Includes the game on Xbox One. Players can upgrade to the Cross-Gen Edition which includes the Xbox Series X version of the game after launch for an additional $10. (Note: The Digital Standard Edition is playable on Xbox Series X via backwards compatibility but will not include any next gen features. More details in Activision's FAQ.)

Digital Cross-Gen Edition($69.99 USD MSRP):Includes both Xbox One and Xbox Series X versions of the game through a dual-license tied to your Xbox account.

Call of Duty: Black Ops Cold War is out November 13, 2020 on PS4 and Xbox One. The next-gen version has yet to receive a release date.