Today Rocksteady announced Suicide Squad: Kill the Justice League, and confirmed a bunch of reports in the process.

Just like previous reports said, the new Suicide Squad: Kill the Justice League game is an online-driven four-player live game that will be next-gen exclusive, and it's not coming out for another two years. The game is being developed from the ground up to target PlayStation 5 and Xbox Series X consoles, as well as variable perf on PC hardware.

The big draw to Suicide Squad is the four-player action. The game features four playable characters including Harley Quinn, Deadshot, King Shark, and Captain Boomerang, all of which have their own ways to move around and special abilities. Rocksteady's Sefton Hill confirms the game is totally squad-based and there will be four character squads even if you're playing singleplayer. The other slots will be taken by bots.

"Our mantra is to let you play the game how you want. So you can totally play singleplayer, and if you do, the other players will be filled by bots who will fight along with you and really join in on the fun to give you that squad experience,"Hill said during the DC Fandome stream.

Hill also confirms gamers can switch between the four playable characters at any given time.

Suicide Squad: Kill the Justice League is still in early-ish phases of development and won't be ready until 2022. 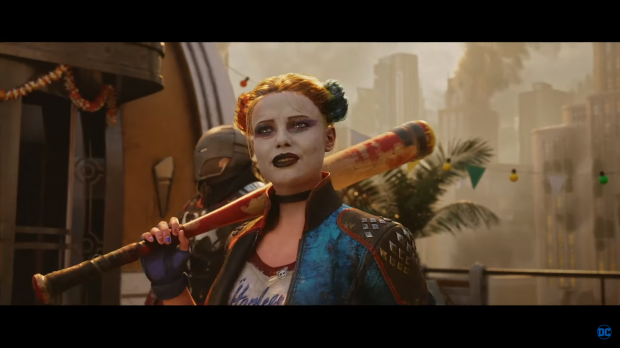