Call of Duty: Black Ops Cold War's new key art has been revealed, and could give hints about the game's campaign. 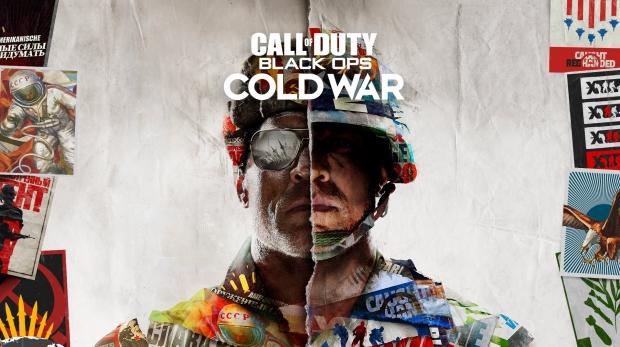 Yesterday Treyarch confirmed Black Ops Cold War with a teaser trailer that outlined key story beats. The game takes place during the Cold War, and the trailer played a historic interview with Soviet defector Yuri Bezmenov the lay out the dire circumstances of the conflict.

The new art confirms multiple time settings, too. The two soldiers--one KGB, and the other American--are covered with Space Race-era propaganda which stretched across 20 years. The previous teaser also shows events from the 50s (Red Square Protest from 1958), 60s (peace protests), 70s (Vietnam conflict) and 80s (fall of the Berlin Wall in 1989). The artwork gives key inference on what to expect about the game, and could indicate a dual-campaign approach similar to Modern Warfare.

The game chronicles a Soviet spy codenamed Perseus who covertly infiltrated U.S. Intelligence to gather secrets for the Soviet Union. That's the KGB soldier in the image. Presumably Frank Woods is the U.S. soldier. We could see a campaign that plays across both sides that spans the entire Cold War, from the 50s all the way to the 1980s.

Nothing's been confirmed yet, and Cold War will be officially revealed on August 26, 2020.

Roll over image to zoom in Call of Duty: Modern Warfare - PlayStation