The honkin' boys are back in town: Untitled Goose Game is getting two-player local co-op with a new update.

Two honks are better than one--at least that's what indie dev House House seems to think. Untitled Goose Game is getting multiplayer with a new update, which will roll out in September alongside the new physical releases and subsequent Steam release.

The update brings a second goose--a Chinese goose with its big yellow knobby-beak--to enact hijinks and to completely terrorize poor hapless townsfolk. The two goofy ducks run amok (bonus points if you get that reference) in the full campaign mode, and the update will be available on all platforms including PC (Epic, Itch.io, and Steam), Xbox One, PS4, and Nintendo Switch.

The limited edition iam8bit physical editions will release September 29, and are available for $29.99 with a bunch of extra goodies.

Untitled Goose Game is also coming to Steam on September 29. 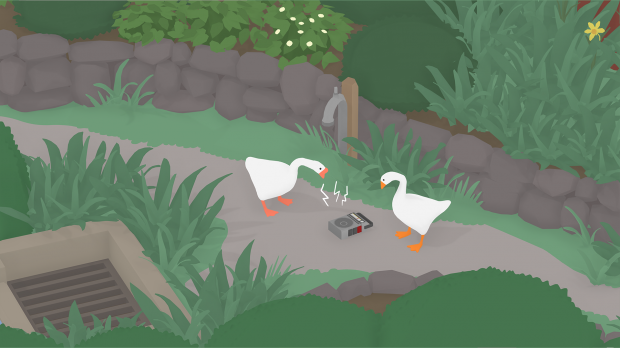