Tesla Motors continues to go from strength to strength, with the Elon Musk run company now looking to expand its Full Self Driving technology. 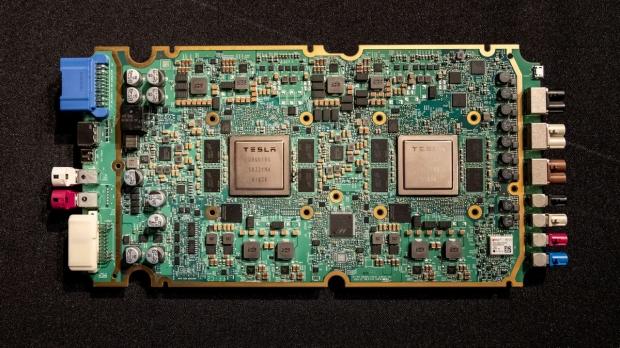 The company is reporting teaming with Broadcom to make a new 7nm processor, something known as HW 4.0 -- which will power its next-gen Full Self Driving (FSD) computer. The new 7nm HPC chip will be made on TSMC's 7nm node and will be made later this year -- and put into cars in 2022 and beyond.

Mass production on the new Tesla Motors FSD chip will begin in late 2021, which is mostly because TSMC is absolutely flooded with orders for its 7nm node. AMD is building its entire Ryzen CPU and Radeon GPU families of products on the 7nm node by TSMC, the next-gen Xbox Series X and PlayStation 5 consoles and their semi-custom APUs are being made by TSMC, and so much more on 7nm.

Tesla Motors' new HW 4.0 chip will also make use of TSMC's Integrated FanOut (InFo) packaging technology, something that will reduce the overall package surface area and allow for lower thermal resistance. It will use TSMC's latest System on Wafer (SoW) technology that doesn't require a substrate and PCB in the entire process.