If you have ever seen lightning before, you would know its color just how fast it is, but what if you looked up at the sky and saw red lightning?

Well, red lightning isn't fake; in fact, it's actually a phenomenon scientists have been studying since 1989 when it was first discovered. The red lightning is called "sprites", and has been spotted on every continent except for Antarctica. Sprites only last a tenth of a second and are generally never seen by those observers on the ground, unless you are hunting for them like Stephen Hummel is.

Hummel is an expert on dark skies at the Austin McDonald Observatory, and back at the start of July, Hummel captured an incredible photo while he was on his vantage point on Mount Locke in the Davis Mountains of West Texas. Sprites usually look like alien jellyfish-style creatures hanging down from the above atmosphere, but in fact, they are the product of super-fast lighting bursts that occur 37 to 50 miles in the sky. If you are interested in more information, check out this link here. 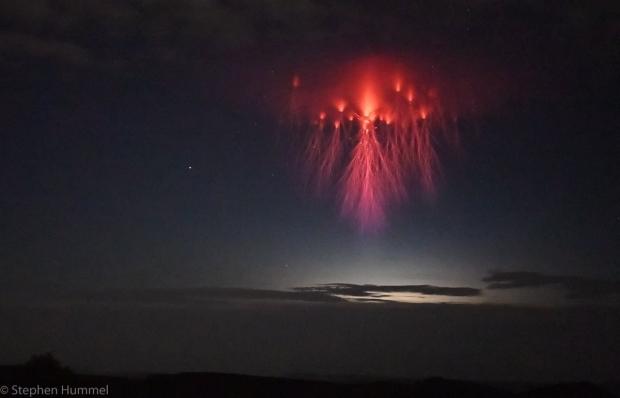