Filmmaker Philip Shane is making a documentary on the 1993 PC classic Myst, and the project is almost funded on Kickstarter. 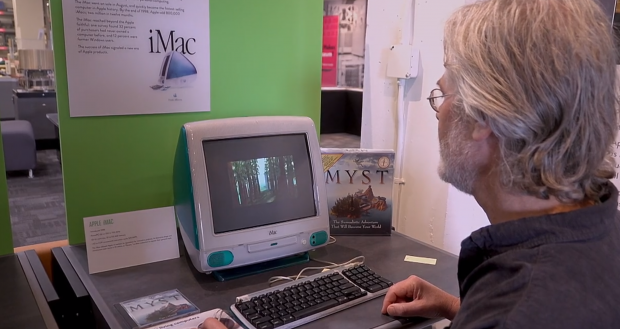 There's a new Kickstarter up for a Myst documentary that explores the myst-ical history of the old-school PC game. The documentary will feature in-depth interviews with Robyn and Rand Miller, the original creators of the franchise, complete with retrospectives on the series and what kinds of games they have worked in the past and present, and what their plans are for the future.

Right now the project is 71% funded with $142,000 out of the $200,000 target goal, and has 6 days left. It's an "all or nothing" project, meaning it will only happen if it reaches the funding goal. The documentary will span two timelines: The origin story, which focuses on the development of Myst and Riven, and the present-day era that chronicles current projects that're in development at Cyan Worlds.

In 1993, brothers Rand and Robyn Miller, living in a double-wide trailer on the edge of a forest outside Spokane, Washington -- a.k.a., the middle of nowhere -- changed the home computer industry forever with the launch of MYST, a single-perspective exploration game that had no score, no violence and no set goal other than satisfying pure curiosity. In a world of flashy, shoot-'em-up, beat-the-clock video game challenges, MYST quietly became the best-selling game of the 1990s.

More than a quarter-century later, director Philip Shane is making a documentary film about the lives of the famous brothers as they continue to expand the world of MYST and other video gaming projects. He will also demonstrate how the story of MYST is part of a growing continuum of unsung electronics visionaries who constantly push the envelope of what gaming means. For every new level of innovation created, the next generation carries the torch to build newer, higher levels over the decades.

Through extensive interviews with Rand and Robyn, along with several other gaming and computing luminaries, THE MYST DOCUMENTARY will tell the unlikely story of two brothers with disparate talents and interests, who were able to form a partnership that would revolutionize the way video games are consumed by the public. With few other gaming pioneers to use for inspiration, the Miller brothers were able to break new ground by writing an original script from scratch, creating an entirely new virtual digital environment long before the internet arose, composing an atmospheric musical score, and even recording and acting in short videos via their company, Cyan Worlds. In the following years, Cyan released several sequels, including RIVEN and URU, bringing new sophistication to the MYST universe, while Robyn has branched out with his own separate gaming pursuits.