Call of Duty: Modern Warfare and Warzone's new Season 5 is nearly here, with Activision and Infinity Ward unleashing a new trailer for Season 5. Check it out:

What you can immediately see is what most people expected: gigantic changes to Verdansk, the map played in Warzone. First of all, the infamous stadium in Verdansk has had its roof completely blown away and the inside of it totally changed.

Not only that, but the developers have added in a train to Verdansk and Warzone -- similar to how Respawn Entertainment (founded by ex-Infinity Ward developers who made the original Call of Duty: Modern Warfare) and their free-to-play battle royale smash hit Apex Legends.

This train will have loot on it, you can land on it, and it'll crush you if you get in front of it. I'm sure it's going to be a central part of the game and players' actions moving forward, so it'll be interesting to see how the train (and the roof of the stadium) being changed impact gameplay in Warzone. 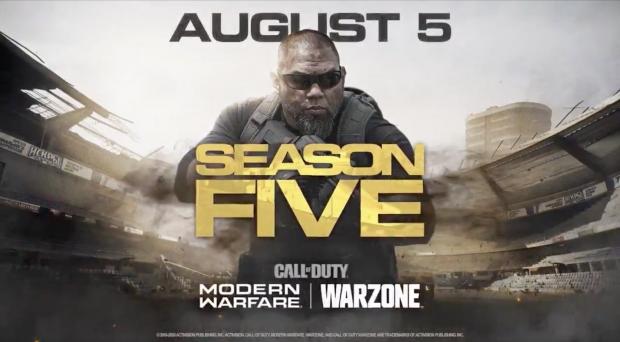 Normally you'll get players flying up to the top of the stadium and camping it up there, especially during Most Wanted. Well, that's going to be much harder now -- and toot toot, there's now a train.