It's common practice to send telescopes to space via rockets, but maybe that won't be the future of space travel, or at least when it comes to putting new telescopes in Earth's orbit. 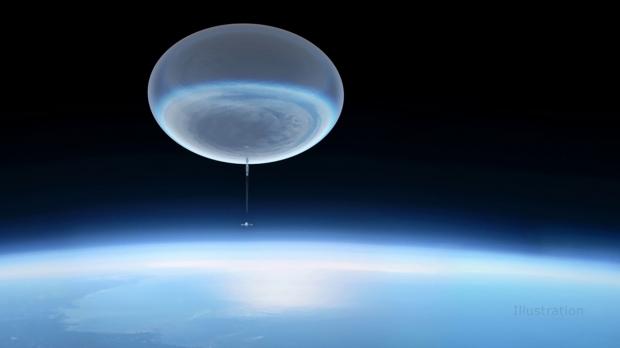 NASA is trying out something a little different this time around, as the space agency has come up with a new plan for getting its new ASTHROS observatory in Earth's orbit. Firstly, 'ASTHROS' stands for Astrophysics Stratospheric Telescope for High Spectral Resolution Observations at Submillimeter wavelengths, and this new telescope is equipped with some of the best bleeding-edge technology for observing the vastness of space.

So, how is NASA going to get the new telescope out into Earth's orbit if they aren't using a rocket? Well, that can be simply answered, the space agency will be using a very, very, very large balloon. The balloon measures in at about 400 feet wide, which is roughly the size of a standard football stadium. The strategy is that the balloon will carry the new observatory to an altitude of nearly 25 miles (130,000 feet), which as NASA describes, is right where it needs to be to "observe light wavelengths blocked by Earth's atmosphere."

Jorge Pineda, principal investigator of ASTHROS at the Jet Propulsion Laboratory, said in a statement, "I think it's understood that stellar feedback is the main regulator of star formation throughout the universe's history. Computer simulations of galaxy evolution still can't quite replicate the reality that we see out in the cosmos. The nitrogen mapping that we'll do with ASTHROS has never been done before, and it will be exciting to see how that information helps make those models more accurate."

NASA - "ASTHROS observes far-infrared light, or light with wavelengths much longer than what is visible to the human eye. To do that, ASTHROS will need to reach an altitude of about 130,000 feet (24.6 miles, or 40 kilometers) - roughly four times higher than commercial airliners fly. Though still well below the boundary of space (about 62 miles, or 100 kilometers, above Earth's surface), it will be high enough to observe light wavelengths blocked by Earth's atmosphere."

If you are interested in reading more about this mission, check out this link here to go to the NASA news post.