Like all of Riot's games, its new free-to-play hero shooter was built with microtransactions in mind. Now we're starting to see the upper limits of the game's monetization. The devs have announced a new Elderflame cosmetic set that transforms your guns into dragons, but the full set of unique skins come at a steep 9900 VP price tag. This equates to roughly $95 or thereabouts, or about 48% more than your average $59.99 game plus tax. 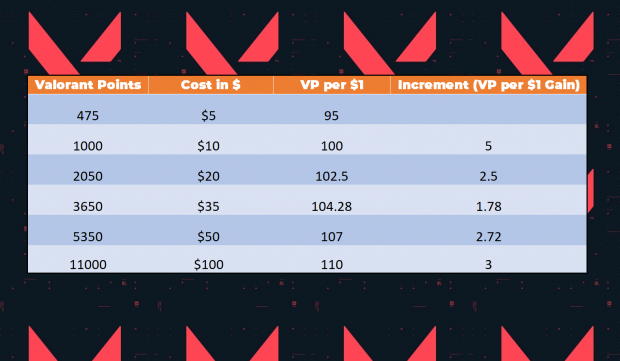 Given the current VP pricing tiers, the cheapest way to buy the Elderflame set would look something like this:

Of course at this point you'd just spend the extra $5 and buy the 11,000 VP for $100 to get the extra VP. Premium currency tiers and their respective cosmetic unlocks are priced like this to create the sense of lost value while making you buy multiple packages to unlock specific things. Bear in mind this is for the full set and not the cost of each individual item.

The Elderflame set is actually the first Ultra Edition range of cosmetics so that could be why it's priced like this. 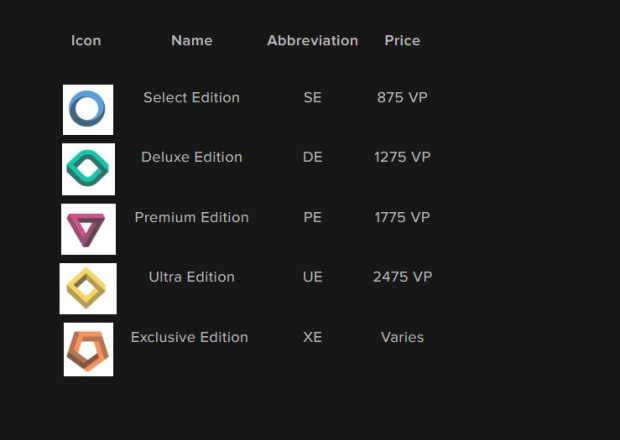 Valorant's monetization has another layer, though. The game lets you convert VP to Radiante points, which are used to upgrade weapon skin tiers. It's possible the Elderflame skins can be upgraded, and if so, the set would ultimately cost more money in the long run should you choose to upgrade them.

Remember that VP, or Valorant Points, is a premium currency that can only be bought with real money.