Anyone starting to gear up for the back-to-school season, which will be here before you know it, needing a new laptop, might want to check out a Chromebook. Chromebook's typically have plenty of power for typical computing tasks that are performed in the office, at home, and school, while costing significantly less money. Lenovo has a nice Chromebook called the C340 that is a 15.6-in touch-screen two-in-one Chromebook. 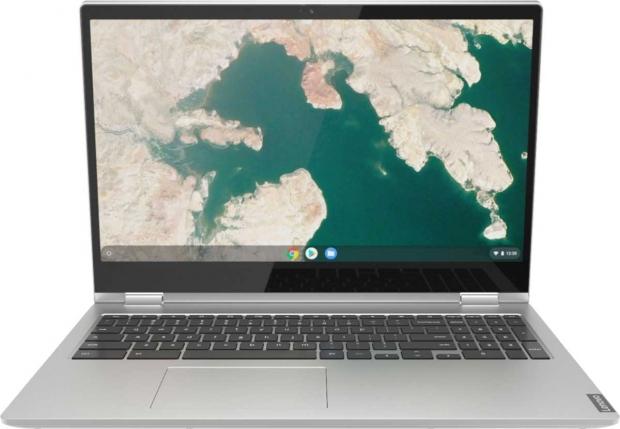 Normally the machine sells for $449, but right now, Best Buy has it on sale with $100 discount bringing the price to $349. For the money, you get an Intel Pentium Gold processor, 4GB of RAM, and 64GB of flash storage. The screen is a larger 15.6-inch unit giving plenty of space.

The two-in-one design means the screen can fold back, and it can be used as a tablet. The Intel Pentium Gold processor is the 4417U model number operating at 2.3 GHz. Since the machine is a Chromebook, it runs Chrome OS (obviously). Other than low cost, another big benefit of a Chromebook is long battery life, and the C430 certainly delivers on that.

While maintaining a thin and light profile, the machine is good for 10 hours per charge. The touchpad supports multi-touch, and the machine features an integrated headphone jack. Connectivity options include a single USB 3.0 Type-A port and a pair of USB 3.1 Type-C ports. The 15.6-inch screen has a 1920 x 1080 resolution, and an integrated GPU handles graphics. Both Wi-Fi and Bluetooth are enabled, but the machine lacks NFC technology. The computer weighs 4.37 pounds and is 0.7 inches thick, 14.2 inches wide, and 9.8 inches deep. Best Buy also includes free Webroot Internet Security with anti-virus for six months. Lenovo recently unveiled another Chromebook called the Chromebook 3.