Sony's new PS5 is turning heads with its rather strange and unique case design...and it looks even more odd laying down. 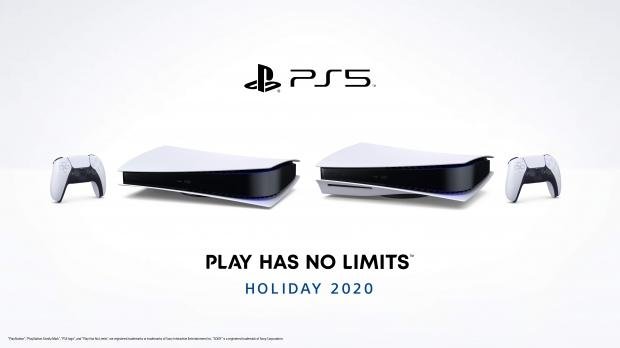 Although it was mostly picture as a vertical console, PlayStation 5 can definitely lay flat. Now Amazon just released a huge high-res picture of both the PS5 standard and PS5 digital editions laying down.

The result is a really close look at what to expect from the system's asymmetrical design when on its side, but we still don't have any exact dimensions, and there's still no Amazon listing up.

The odd console shape is really accentuated when the console is laying down, and the tapered V-shape is actually more pronounced here, as is the console's open-collar design. The case is obviously bigger here because of the PS5's fan, guided air intake channels, and the ventilation, and we really can't wait to see what's inside the system.

PS5 architect Mark Cerny said a full console teardown is coming soon and we'll get to see the cooling solution them.

Sony also recently affirmed the PlayStation 5 would be quiet and cool even under higher loads like 4K gaming.

Both the standard PlayStation 5 and digital-only PlayStation 5 will release holiday 2020. No pricing has been revealed but we believe the digital PS5 could be up to $50 cheaper than the disc drive version.

Check below for more info on the PS5: