If you're experiencing outages right now, you're not alone -- millions are being hit with internet, phone, and data outages across the United States.

T-Mobile was hit hard, with voice and data services affected and massive spikes in outage reports on Down Detector starting at 1PM ET. Neville Ray, T-Mobile president of technology, tweeted that the company was aware of the issue and that T-Mobile engineers were hard at work fixing it.

He tweeted: "Our engineers are working to resolve a voice and data issue that has been affecting customers around the country. We're sorry for the inconvenience and hope to have this fixed shortly".

But it wasn't just T-Mobile: it was virtually everyone. AT&T, Verizon, Sprint -- and even YouTube, Fortnite, and Twitch were majorly affected at the same time. 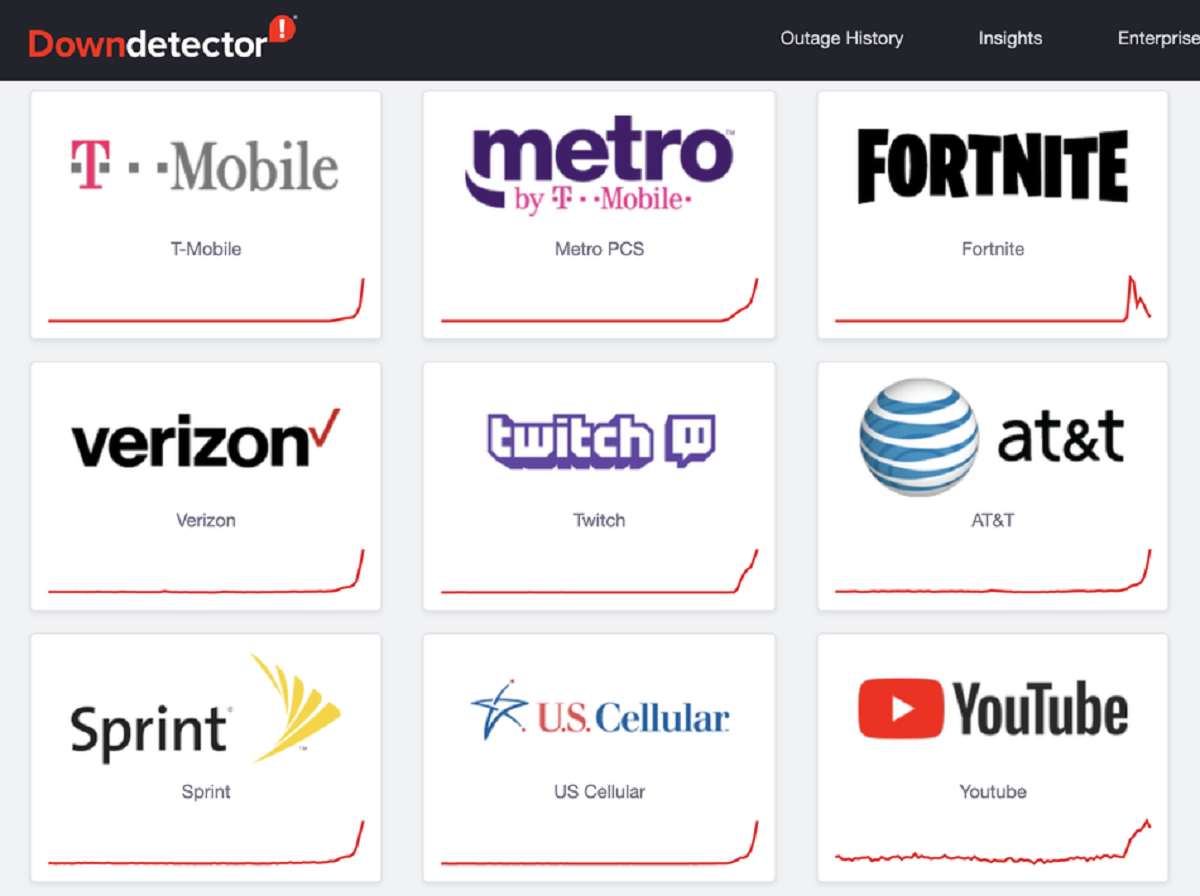 A Verizon spokesperson explained: "Downdetector is falsely reporting Verizon network issues" and that the company was "aware that another carrier is having network issues". The spokesperson added: "A lot of factors can contribute to a false report on a third-party website... a faulty device, network traffic that slows but doesn't inhibit connections, commercial RF blockers, human error, network issues impacting other carriers and more".

Services were beginning to get better, with T-Mobile's Neville Ray tweeting:

T-Mobile seemed to have solved the issue at around 6PM ET -- but no ETA has been given for it to be entirely operational.

An Introduction to DDoS Attacks and Defense Mechanisms