ASUS has announced that overclock or using its latest ROG Maximus XII Apex motherboard have been able to break a number of world records and land multiple first place scores. The first of the benchmark records that ASUS is bragging about involves the overclocking of an Intel Core i9-10900K processor up to 7.7 GHz on all 10 scores. 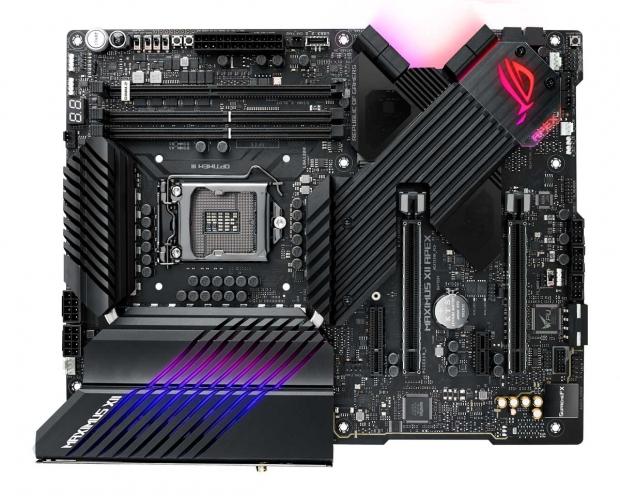 ASUS wrote, "Because of the ongoing global situation, ASUS was unable to host its traditional overclocking gathering this year, so instead a smaller session took place at the ASUS headquarters in Taiwan, with local overclockers Jon 'Elmore' Sandstrom and Pieter 'Massman' Plaisier working alongside internal ASUS experts. Using a liquid-helium setup, the group managed to shatter the Intel Core architecture frequency record, the single-core Geekbench 4 record, and took global first-place positions in 10-core categories for Geekbench 3, Cinebench R15, and wPrime 32M." 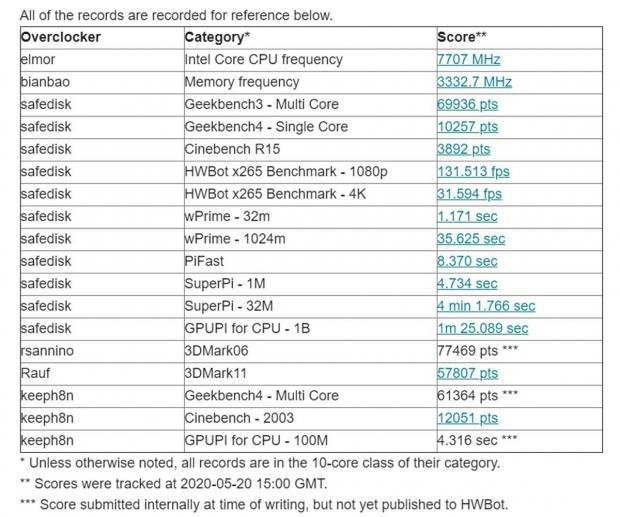 The ROG Maximus XII Apex motherboard was designed specifically to give overclocking enthusiasts "unrestrained power over Intel tenth-generation processors." The board has a six-layer PCB that's optimized for overclocking and uses 16 teamed power stages with all that all supply CPU Vcore. The board also uses a massive heat sink to keep it cool while overclocking.