If you happened to miss it, SpaceX successfully launched two astronauts to the International Space Station. But that wasn't the only achievement SpaceX made that day.

When SpaceX successfully launched Crew Dragon to the ISS, it passed a milestone point with the use of the Falcon 9 booster designated for B1049. This launch by SpaceX with the Falcon 9 marked the fifth time the same booster was used, putting it completely ahead of all other companies developing reusable rockets. SpaceX didn't just magically get the Falcon 9 booster to be reusable, there were many failed attempts by the company and a lot of persistence on their part.

As Teslarati reports, SpaceX has dominated the competition in terms of the fastest orbital-class rocket or spacecraft in history to do five launches. The Falcon 9 has beaten out Space Shuttles Columbia (~27 months), Challenger (~24 months), Discovery (~22 months), Atlantis (~26 months), and Endeavour (~29 months) with launches in ~20 months. Falcon 9 is now the most flown operational rocket in the United States. 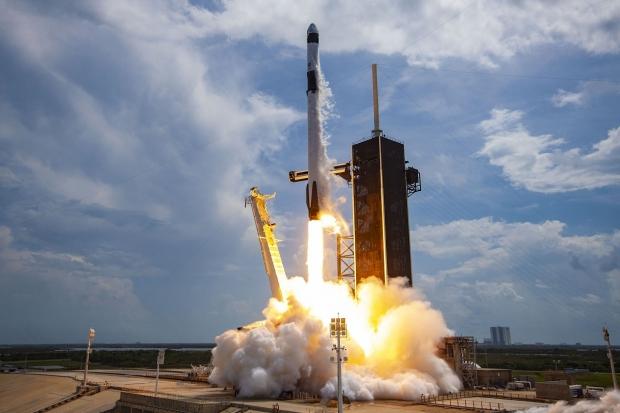