HP has unveiled a new Omen 15 laptop that uses a chassis that has a smaller footprint compared to the previous generation. The machine is designed with a minimalist aesthetic that's not too over the top featuring a new Omen diamond logo in a blue to green gradient. Gamers can opt for the laptop in Mica Silver or Shadow Black. 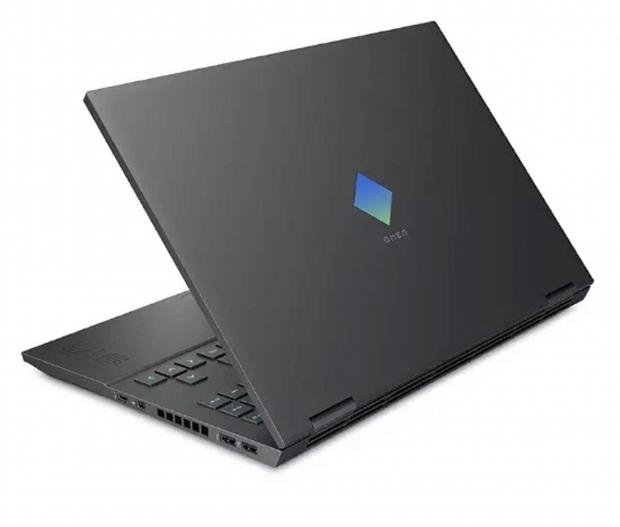 Buyers can choose an optional full RGB per-key backlit keyboard. Like most gaming laptops, the Omen 15 can be fitted with very high-end components. Up to an NVIDIA GeForce RTX 2070 Super with Max-Q design is available along with several 10th generation Intel Core i7 H-series processors. AMD fans can also get the Omen with up to an AMD Ryzen 7 4800H-series processor.

Up to 32GB of DDR4 RAM is supported along with up to 1TB of PCIe SSD storage with the option of dual PCIe SSD storage in RAID 0. The display is a 15.6-inch unit with a 180-degree flat hinge for increased stability. There are multiple screen options, including an OLED, UHD 120 Hz, or FHD 300 Hz display. Some configurations support NVIDIA G-SYNC technology and have Thunderbolt 3 ports.

HP's Omen 15 is the first notebook in the industry to implement an IR thermopile sensor to help optimize thermal efficiency. Tempest Cooling technology keeps the machine running cool and features enlarged vent openings and up to a 12V fan with three-sided venting. The chassis is designed with easy to remove screws for single panel access to memory and storage for upgrades down the road. The Omen 15 in both Intel and AMD versions launched this week, starting at $999.99. HP also launched its Omen 27i curved gaming monitor last month.