Intel hasn't updated its retail CPU cooler in over 10 years, so I guess the company decided to celebrate the 10th Gen Core CPU family release with a slightly re-designed cooler. 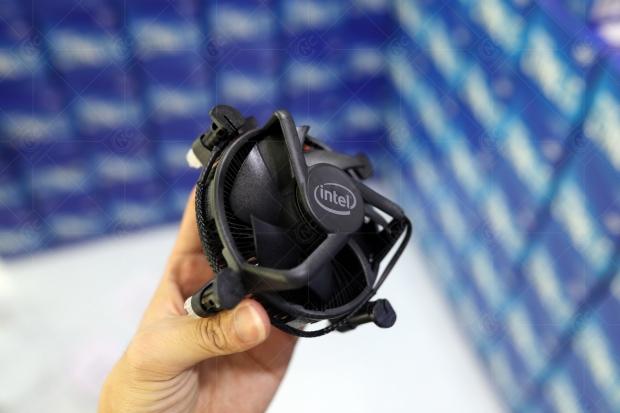 The new Comet Lake CPUs when purchased in retail form will come with an Intel stock cooler, which for many years now has had a black-and-silver color scheme. Well black and silver no more, as Intel has moved to an all-black color scheme, seemingly turning its back on the color silver on its coolers -- at least for this generation.

Intel only includes a CPU cooler with the non-K series processors, so you'll only find these new all-black heat sinks in both the 35W T-series processors and the 65W non-K chips. The cooler itself remains unchanged, with the same circular design and fans in the middle with a shroud (that is now just a little thicker). 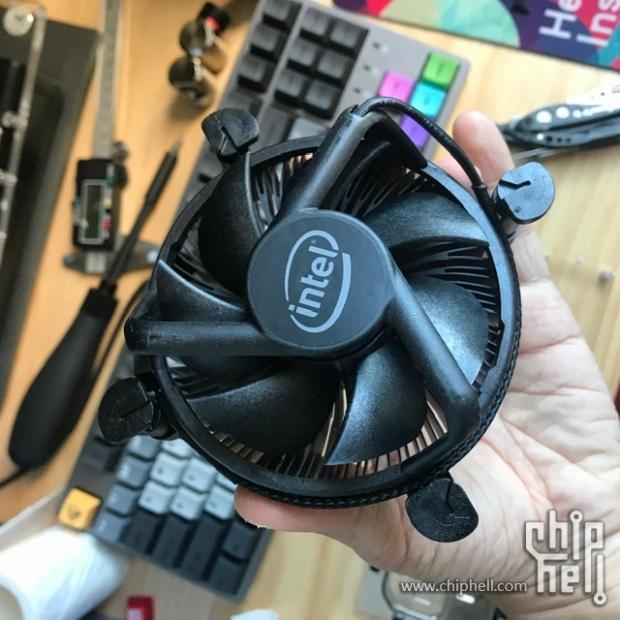 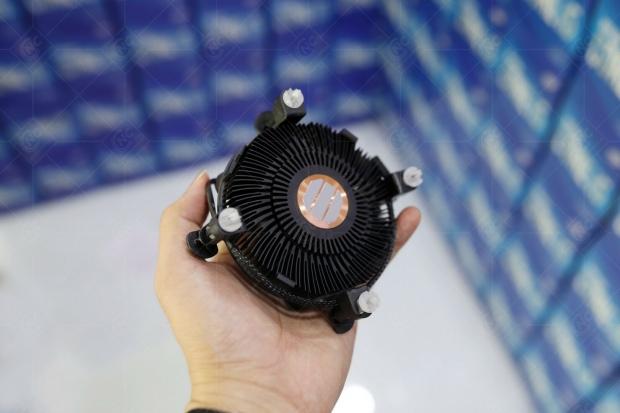 You can see that the Intel logo is colored in black here, dropping the blue from previous-gen retail CPU coolers. Not jsut that but the company has finally used shrouding on the 4-pin fan cable. There are also the same 7 fan blades, but the shroud is a little different as there are now 3 bars holding it together, versus 4 on previous coolers.

I don't think you'll see improved thermal design, but it seems Intel won't be going back to silver now that it has moved onto the all-black theme. No RGBs here, folks.