I still remember wanting the NES Power Glove when it first debuted in the 90s, but the controller disappeared about as quick as it launched -- far ahead of its time. It's 2020 now, so let's re-visit, shall we?

Look Mum No Computer, or Sam Battle, has hacked himself an NES Power Glove into a quasi-gesture controller for his modular synth setup. Battle has to just slip his hand into the Power Glove, bend and wiggle his fingers, and he can make adjustments to the filter cutoff, pitch, pulse width, and volume of his audio.

Not just that, but he also made his own animatronic hand that takes input from the synth, to control the glove -- which, in turn, controls the synth. Geeky, garage band-y type of stuff and it's all with the Power Glove -- I love it. 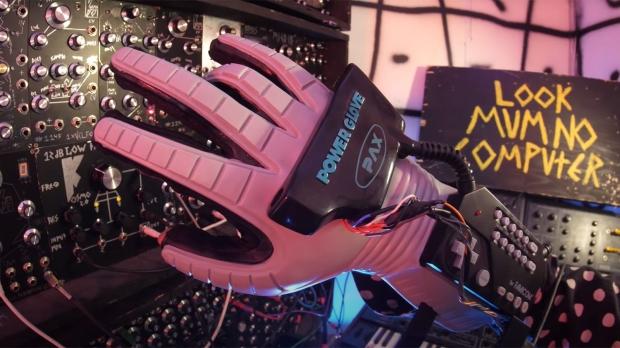