Sony is ramping rather quickly into the launch for its next-gen PlayStation 5 console, with some more news nuggets on what could be one of the biggest launch games of all time: Gran Turismo 7. 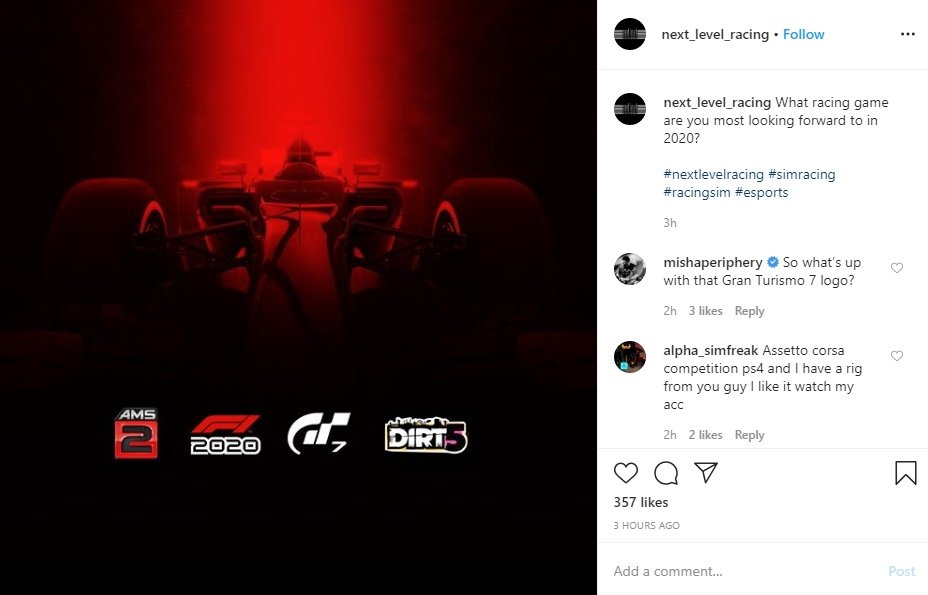 We've been hearing about Gran Turismo 7 for a while now, with it rumored to be a PlayStation 5 launch title -- and now the Gran Turismo 7 logo has been teased on social media platforms including Facebook, Twitter, and Instagram. The post asks: "What racing game are you most looking forward to in 2020?"

It seems like an accidental leak from Australia-based professional racing cockpit manufacturer Next level Racing, which is an official PlayStation licensee... making a rather big boo-boo. The social post includes logos to Automobilista 2, F1 2020, and DiRT 5 -- but the third logo you can see there is for Gran Turismo 7.

The social posts have since been removed by Next level Racing (don't act surprised, I'm sure they had a flurry of calls from Sony lawyers this morning). But nothing is deleted from the internet, as you can see in the above picture the Gran Turismo 7 logo is nice and clear.