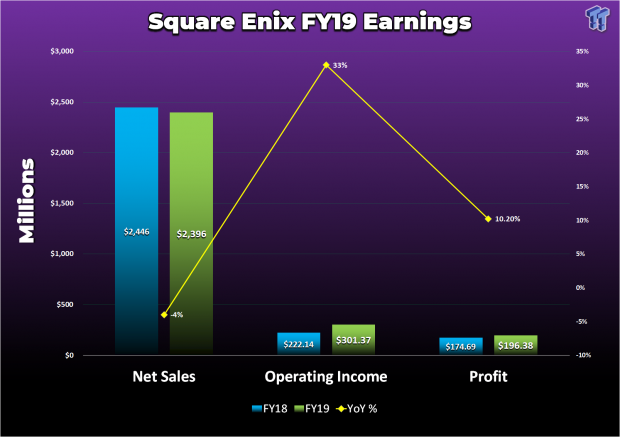 Square Enix just announced its latest earnings report for FY19, and unlike Sony and Konami, the Final Fantasy-maker didn't see a profit slide. In the period ending March 31, 2020, Square Enix earned $196.37 million in profits, up over 10% from last year's strong surge in game releases. Net sales were down 4%, weighted by hefty dips in physical game purchases. Operating income jumped 33% to $301.37 million on the back of strong mobile/browser and MMO segment earnings. 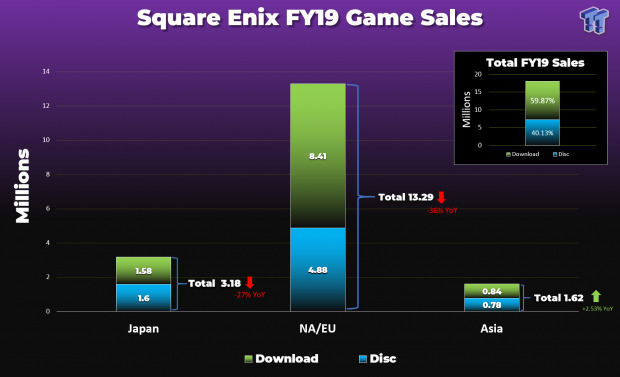 Overall game sales were down 32% from last year and managed to push 18.09 million across both physical and digital. Physical saw the biggest sales drop. 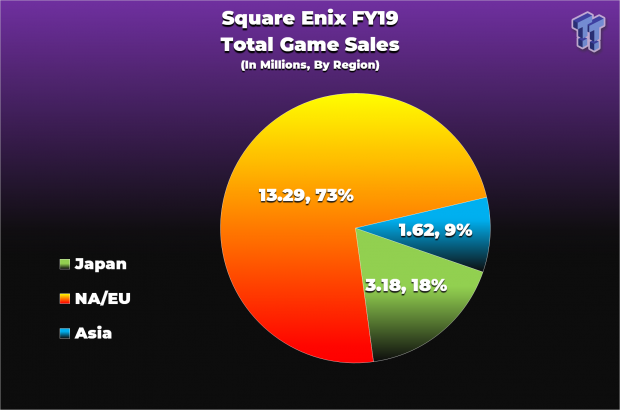 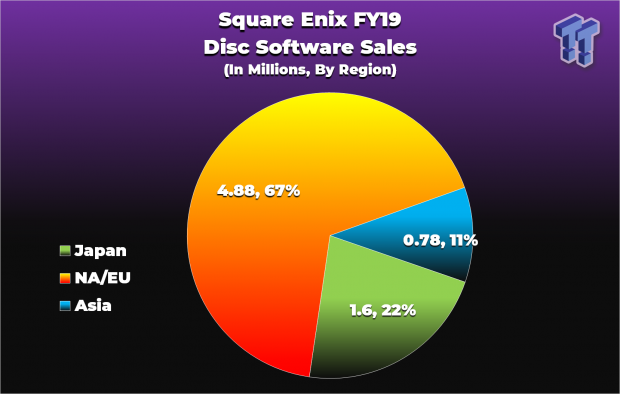 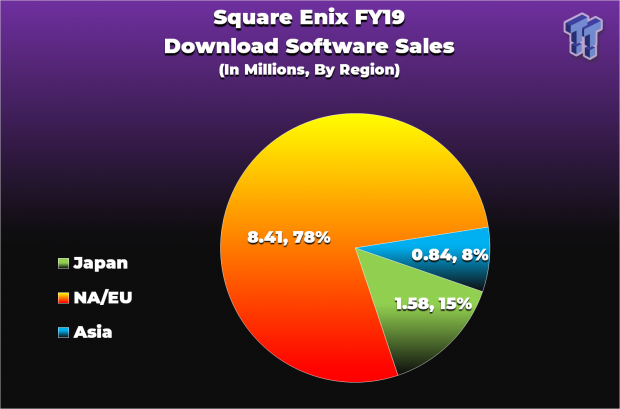 Disc-based games plummeted 54% YoY to 7.26 million, a dive that Square Enix attributes to lower sales of previous catalog games as well as a marked disparity in new game releases--it's been a fair bit since the publisher launched a fusillade of new games (Final Fantasy 7 Remake doesn't count since it was released after the FY19 period ended). 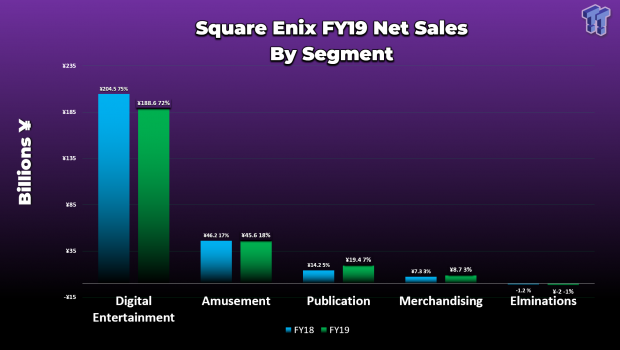 As we take a closer look at Square Enix's three gaming segments, we start to see cracks in mainline gaming revenues. The company's HD Gaming segment did poorly this fiscal year and saw drops across the board.

Square Enix's total gaming operating income was up YoY, but the HD Games sub-segment, which accounts for big mainline releases like Final Fantasy games, was down in net sales and reported an operating income loss. Net sales of HD games was down a big 55% YoY to $386.384 million 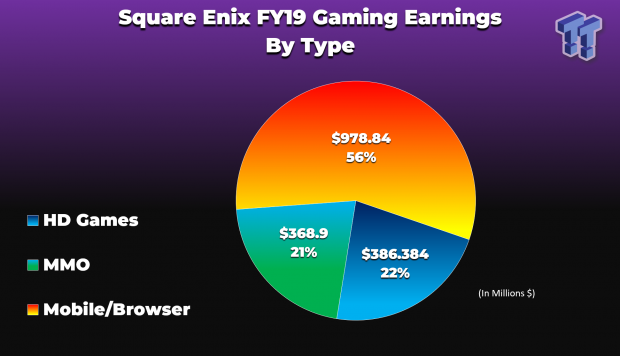 As a result, HD Gaming operating income saw a loss of $55 million (¥6 billion) during FY19. Square Enix attributes this loss to weaker-selling catalog games throughout the year, and the big release disparity between FY18 and FY19.

The MMO segment saw a sharp 48% rise in net sales YoY to $368.9 million driven by continual support and content for Dragon Quest X and Final Fantasy 14.

Square Enix's mobile and browser-based PC games are by far and large the biggest earner for gaming. This segment earned more than MMO and HD Gaming combined, pulling in $978.84 million with a sharp 27% uptick year-over-year. Smartphone/browser pulled in 56% of Square Enix's total gaming revenues during the year.

The company warns COVID-19 could "significantly impact" its future business plans, and won't give any guidance for earnings on the current FY20 timeline, which should be off to a big start thanks to Final Fantasy 7 Remake's success.