Sony has unveiled its latest headphones aimed at active users called the WF-SP800N Truly Wireless Noise Canceling Headphones for Sports. The headphones (most would say earbuds) are offered in blue, white, and black colors, according to the official UK website. An orange pair is noted in images with a disclaimer saying that color availability varies by region. The headphones have an IP55 rating to survive splashes, sweat, and dust. 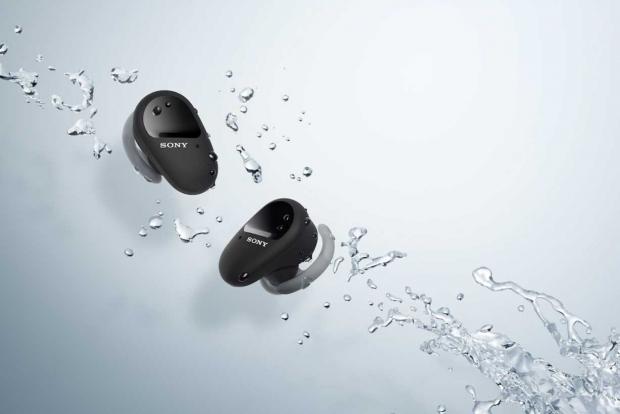 Sony says they are durable enough to be washed after a tough workout. The WF-SP800N headphones come with a charging case that adds nine hours of battery life to the nine hours of run time the earbuds have by default. That means the entire usage time is 18 hours, with noise canceling on. Users who turn off the active noise canceling can get up to 13 hours of music on a full charge, and an extra 13 hours from the charging case.

Sony's quick charging tech gives 60 minutes of music playback with noise cancellation from a 10-minute charge. The headphones connect to smartphones and other devices using Bluetooth. Since the earbuds are aimed at active users, they feature a soft arc supporter and three-dimensional curve design to ensure a comfortable fit and prevent them from falling out during workouts.

The WF-SP800N headphones do support Sony Extra Base technology promising deeper low-end bass. The sound can be customized using the Sony Headphones Connect App. The headphones do feature Ambient Sound Mode, so wearers can hear what's going on around them when needed. Touch-sensitive controls support changing tracks and answering phone calls are integrated. They also support Google Assistant, Amazon Alexa, and Siri. Amazon shows the WF-SP800N headphones will launch in the United States on May 31 and can be preordered now for $199.99 and black, blue, or orange. Sony TV fans should check out pricing for its 2020 line of TVs.