Drone maker DJI is known mostly for its line of consumer drones, but the company also makes a lot of commercial drones aimed at industrial use and first responders. DJI has unveiled a new commercial drone platform called the Matrice 300 RTK or M300 RTK. DJI says that the new platform rewrites the standard for the commercial drone industry with modern aviation features, advanced AI, directional sensing and position system, and more. 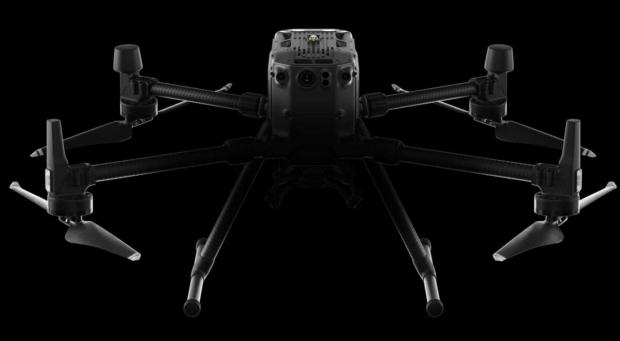 The drone has a 55-minute flight time and features AES-256 encryption and an IP45 water resistant enclosure. The platform is fitted with the new OcuSync Enterprise transmission system that provides a triple-channel 1080p video transmission signal that can reach up to 15 km away.

M300 RTK supports up to three payloads at the same time and has a maximum payload capacity of 2.7 kg. The platform features a Primary Flight Display that offers real-time flight and navigation data on one display. The display shows standard telemetry data such as altitude and speed along with optical data for visualizing nearby obstacles during flight.

DJI says that it's drone platform also supports two pilots allowing controls to be seamlessly handed between the pair. Improved safety and reliability are integrated into the new design including AirSense ADS-B technology, anti-collision beacon, and the six Directional Sensing and Positioning System has a maximum detection range of 40 m horizontally. The M300 RTK is available for preorder now and will ship in Q2 2020. Pricing is unannounced with DJI telling those interested to check with their local DJI Enterprise Partner. DJI recently announced a new consumer drone called the Mavic Air 2.

Also announced was the DJI Zenmuse H20 series representing the first-ever Hybrid multi-sensor solution for imaging. It comes in two versions, including a triple sensor with a 20MP, 23x Hybrid Optical Zoom Camera, a 12MP camera, and a laser rangefinder. The H2Ot is a quad sensor version adding a 640x512 Radiometric Thermal Camera.