EA just reported strong FY2020 earnings on the backs of surging monetization revenues, and recorded a substantial 198% spike in year-over-year profits thanks to a tax benefit. 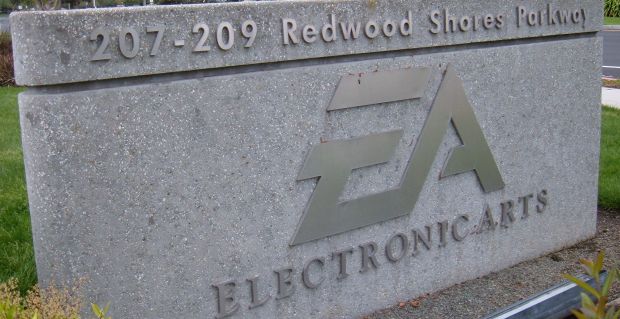 EA's FY2020 earnings report is packed with good news gaming's third-biggest publisher. EA managed to pull in $5.5 billion in total earnings during the year and its primarily digitally-driven business safeguarded it from big COVID-19 disruption. 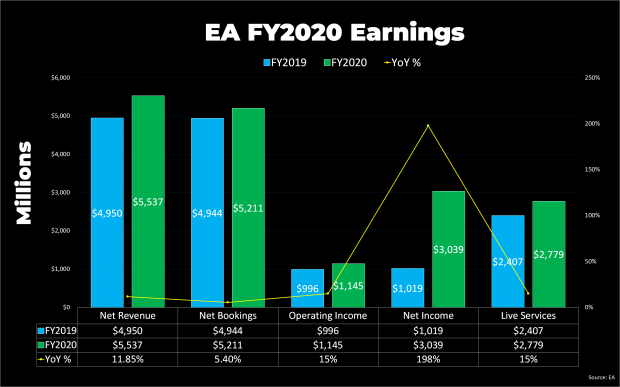 Microtransactions and digital earnings once again stole the show. EA made 88% of its total revenues from digital, and just 12% from physical game sales. The company generated $4.052 billion in digital net bookings in the year, which is per usual. Live services, which includes microtransactions from big games like Apex Legends and FIFA, made $2.78 billion, roughly 68% of digital net bookings.

For reference, Activision made $956 million from microtransactions in a single quarter.

Remember that EA doesn't keep all of the money they make. The company spends billions to make billions. In FY2020, EA spent $2.723 billion on expenses. Interestingly enough, EA reported a huge 198% spike in net income. Its net income boost was due to a tax income benefit, which raised its FY2020 profits by $1.5 billion. EA recorded a total $3 billion in net income profits in FY2020. 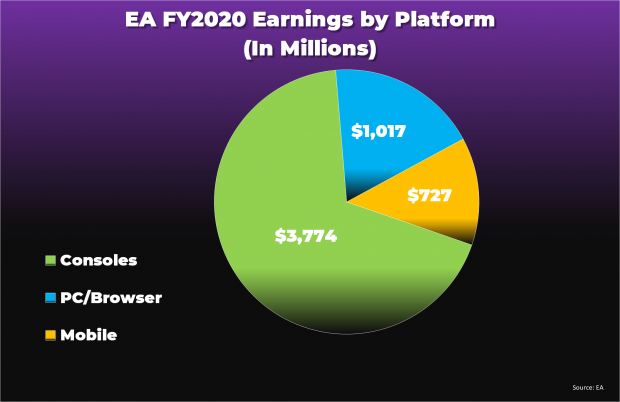 Consoles were by far and away the highest earner for EA, and rightly so due to their strong install base (the PlayStation 4 has a 108 million+ install base right now) and more accessible price point. Consoles raked in over $3.7 billion, and made up roughly 46% of total net revenues in FY2020.

As for the current fiscal year, which ends on March 31, 2021, EA expects earnings to be somewhat flat. We'll see 14 games launched across FY2021, but the AAA hits will be sparse. The games include four sports games, four other titles--one of which is apparently a Mass Effect remaster trilogy--four indie titles, and 2 mobile games.

"Turning to business drivers. We anticipate net bookings for the year to be $5.55 billion. Growth is primarily driven by live services plus strong sports launches and a broad portfolio of partner titles," EA CFO Blake Jorgensen said in the Q4'20 earnings call.

EA promises to release more Apex Legends content and even mentions they have plans to carry the game across the next decade. Annual sports games with their monetization and microtransaction opportunities are obviously attached, and EA is pushing into new realms with its big Stadia partnership.

EA is clearly crouching down for an explosive next-gen fusillade of games. Battlefield 6 is on the way with specific next-gen optimizations, and BioWare is also working on Dragon Age 4. Jedi: Fallen Order 2 is also expected to make a splash in 2021 or thereabouts, and Respawn's Vince Zampella is cooking up a new IP at the freshly minted and re-branded LA DICE studio.