Morrowind is now officially 18 years old. Do you feel old yet? Let's take a quick trip back to the past and uncover one of gaming's best RPGs. 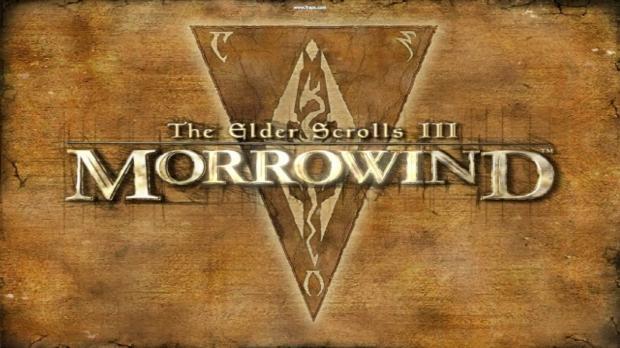 Remember when Bethesda made those unique kind of RPGs? I mean real RPGs, not casualized games like Skyrim (which are admittedly amazing, but quite different). Back in the day, Bethesda redefined what RPGs could and should be. They did this with games like Daggerfall, and my favorite Elder Scrolls game of all time, Morrowind.

Morrowind was ahead of its time in many ways. It was unique, exotic, weird. It was actually the first game I saw on the original Xbox back in the day, and seeing the water effects and the lighting blew me away. Yes, I was a console pleb, but I honestly like Morrowind more on console...although I missed out on tons of mods. Even today the graphics aren't so bad (although those screenshots are pulled from my original Xbox 360 BC save of the game). 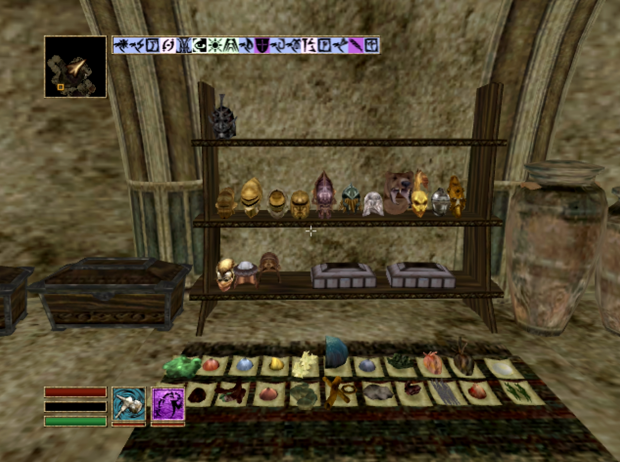 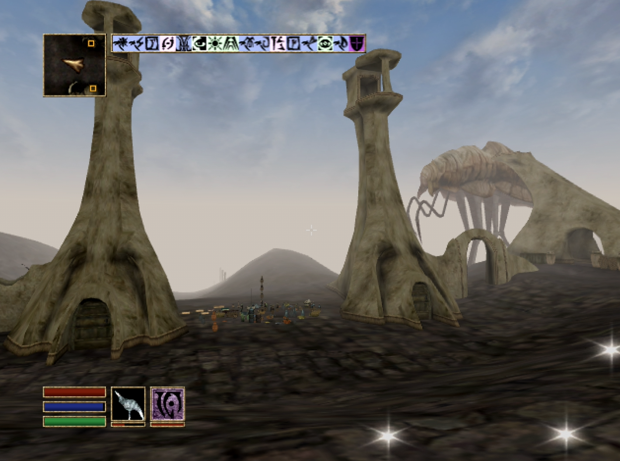 The best part of Morrowind is how strange it is.

The visuals are bizarre, the environments otherworldly, the characters freakish and fantasy-like. 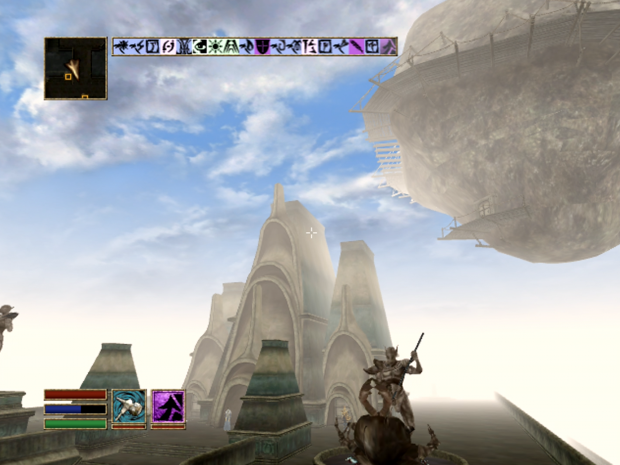 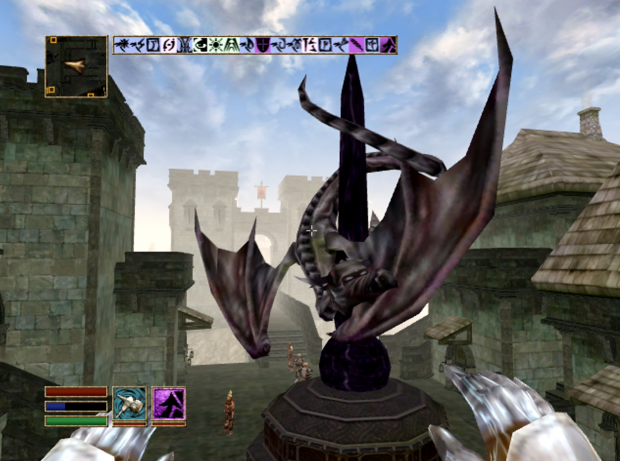 The odd twisting architecture of the Telvanni wizards, the city of Ald Ruhn with its buildings made out of giant mudcrab shells, the silt striders...holy hell were those things weird. Everything is just so out there, so unexpected. Even today it's rather eye-catching. 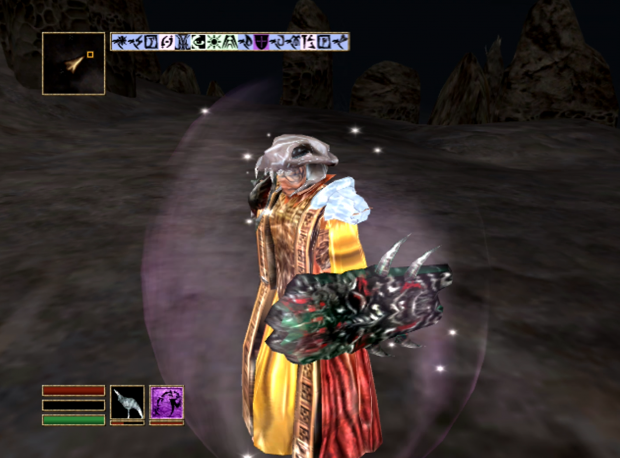 Morrowind dazzles with its looks, but its the gameplay that sucks you in .It's an epic quest where you have to find, look, explore, and generally build your character.

There's no on-screen indicators on your HUD. No compass. You get a journal, and you have to pay attention to written clues like "turn south at the river and walk by this giant rock". You got lost a lot, but that was the point. You got lost and you found neat stuff. 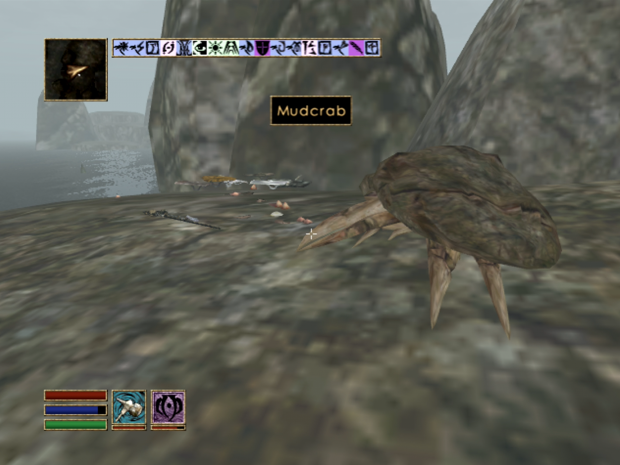 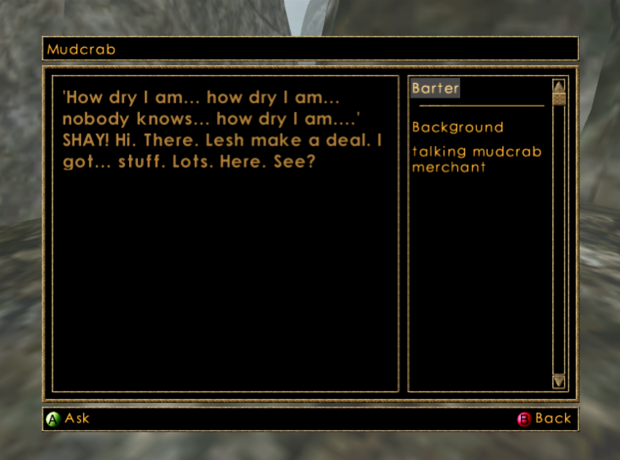 It's whimsical, too, full of hilarious sequences like Icarian falling from the sky, the Boots of Blinding Speed which blast your speed stat to 100 and totally blind you, a talking mudcrab merchant that has 10,000 gold and you could exploit to get serious drakes, and a bunch of other neat little collectibles like named bones (the bone of Pop Je), skooma addicts, a neat sequence where you literally have to drown and die to solve a puzzle, the Dagoth Ur fight, seeing Vivec for the first time...I mean the game is just jam-packed with memorable content. 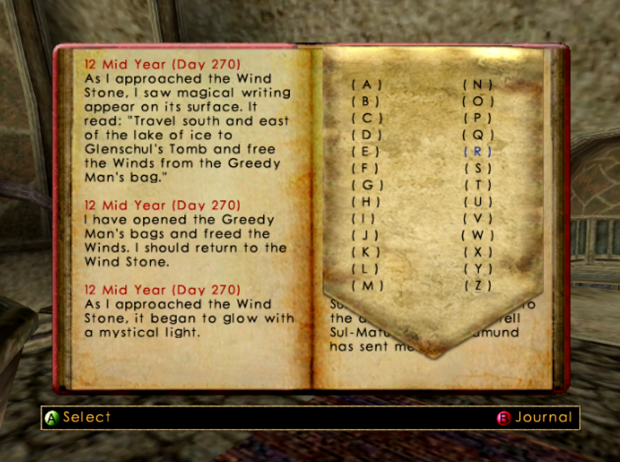 The gameplay mechanics and RPG systems were ahead of their time. The game was all about empowering you to do crazy things and had tons of godly items. There was a feeling of actual player-motivated fun in Morrowind, even if its quite slow at times; the secrets were there, the items and gear that would take your playthrough beyond what you expected, but you had to find them.

Morrowind wasn't hindered or held back. It let you do amazing, creative, and absolutely crazy things. It was back when Bethesda cared more about specific gameplay content than immersion, graphics, or intense realism.

Morrowind let you levitate (yes really!) and jump across the skies, turn invisible in two different ways, shoot fireballs across the map with insane game-breaking radius, and even let you traverse the world without fast-travel. 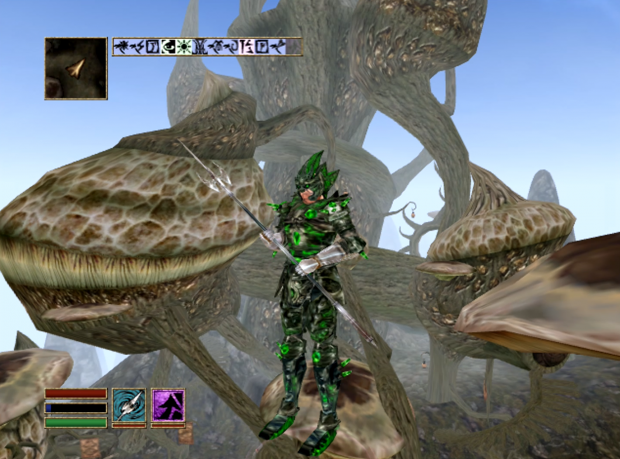 That's right. There was no fast-travel. But you could teleport with magic, with propylon waygates, with ships, and with silt striders. You could also walk, jump, levitate, run, etc. There was many ways to get around, and all of them were unique. It made the experience seem like an actual voyage where time passed.

The only thing that sucks about Morrowind is the loading times. But those are tremendously better on PC, of course.

If you've yet to play Morrowind, you need to fix that ASAP. It's the best Elder Scrolls game ever made, and still stands as a shining beacon as to what RPGs could and should be. 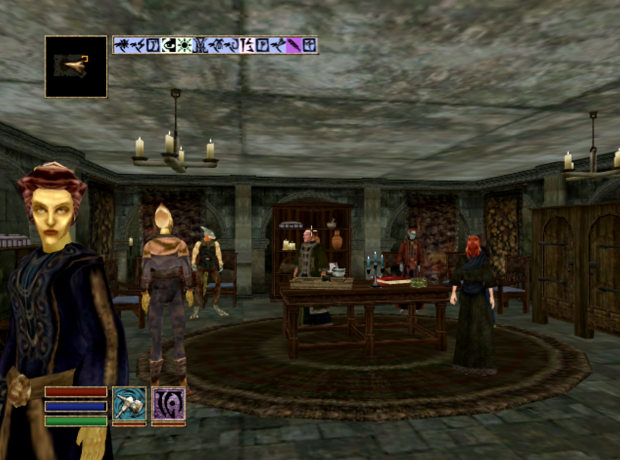