Ubisoft today announced Assasssin's Creed: Valhalla, the new Viking-themed game in the series that's due out in 2020.

After a lengthy and quite illuminating concept art live stream, Ubisoft finally confirmed Assasssin's Creed: Valhalla is on the way with a big world premiere trailer set for tomorrow, April 30, 2020 at 8AM PST/11AM EST. Tomorrow's footage will be cinematic and won't include any gameplay, so don't get your hopes up.

The game is set in the Viking era, but we don't know exactly when (the era technically spans hundreds of years). Early reports say the game will chronicle the Siege of Paris which puts it in the mid-800s after Charlemagne's reign. Other reports say mythical creatures from Norse mythology will be included like the world-serpent Jormundur alongside gods like Odin and Loki, culminating in epic boss battles and spiritual sequences.

The livestream also confirmed a few major things. The main protagonist will be male, his bird companion this time will be a raven, and the game should feature a crossbow as a main weapon (the hip arrow quiver hints as much). Shields are back, as are axes, and there's hints at longship-based traversal. Just don't expect naval combat as these ships were adept at transporting, not necessarily fighting on sea. 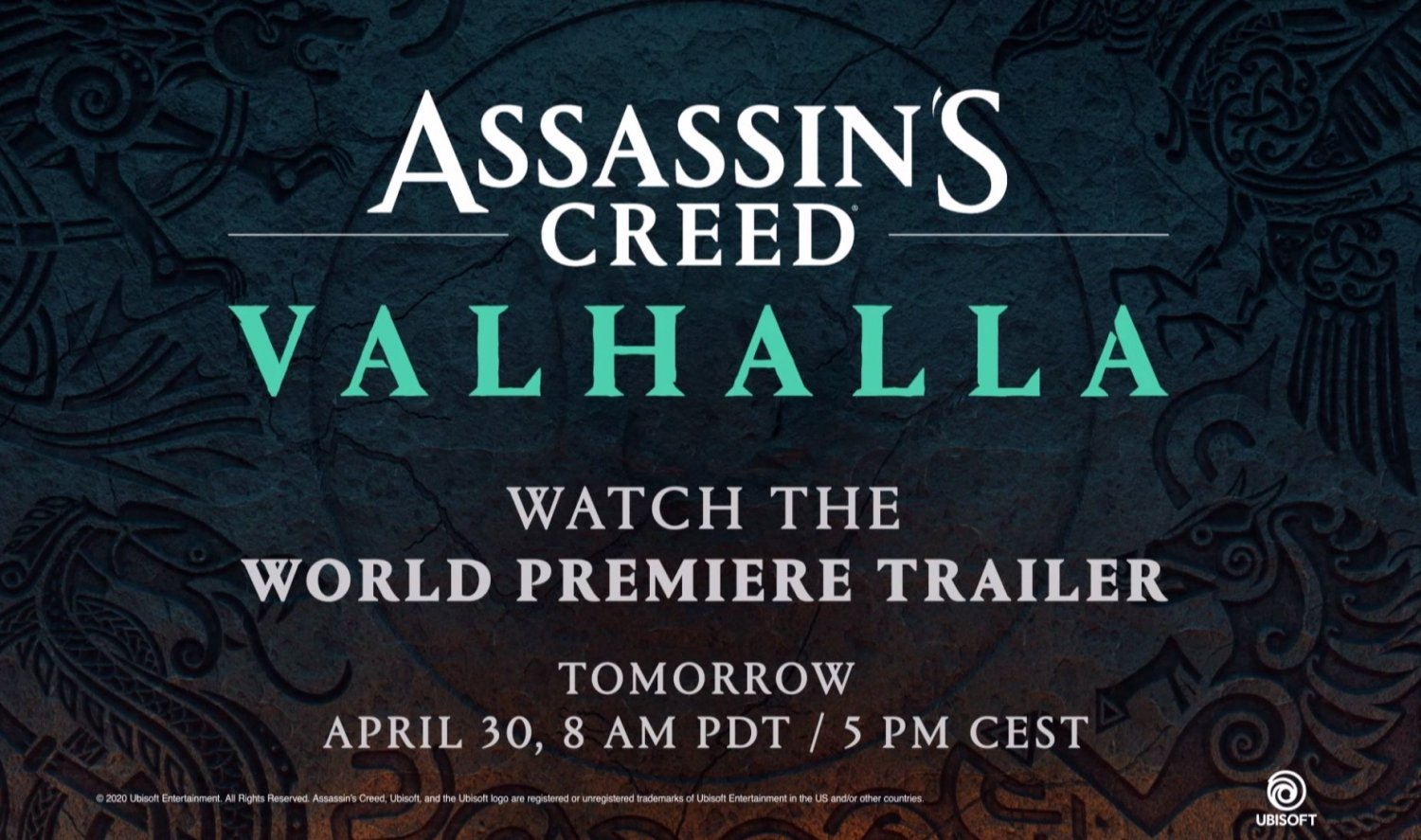 Expectations are set around an RPG-based third-person action combat with RNG grinding, similar to Origins and Odyssey. The formula has worked tremendously well for Ubisoft so there's no reason for them to change it. Expect amazing vistas, incredible worlds filled with interactive NPCs, and a mythical story arc that weaves both fantasy, legend, and authentic history for a memorable experience.

The game is expected to launch in 2020 on current- and next-gen platforms like the PlayStation 5 and Xbox Series X, but we'll have to wait till tomorrow for an official confirmation.