Origin has just built the world's "fastest" custom gaming PC into a driveable Tesla, would you like to take your gaming PC on the go?

Above we have a video released onto the Marques Brownlee (MKBHD) YouTube Channel, and as you can see from the video, Origin PC has taken custom gaming PC building to a whole new level. Origin PC has created a custom gaming PC that is inspired by MKBHD's Tesla Model S. The car is actually a toy for kids and built by Radio Flyer. Origin PC noticed that under the hood of the Tesla was an empty space (just like the normal Tesla), and thought - "why don't we throw a gaming PC in there?".

If you are interested in checking out more details about this awesome custom gaming PC by Origin, check out the website listing here.

Side note - This Tesla cruises along with a high-end custom gaming PC under the hood at 6mph, making it the "fastest" gaming PC. 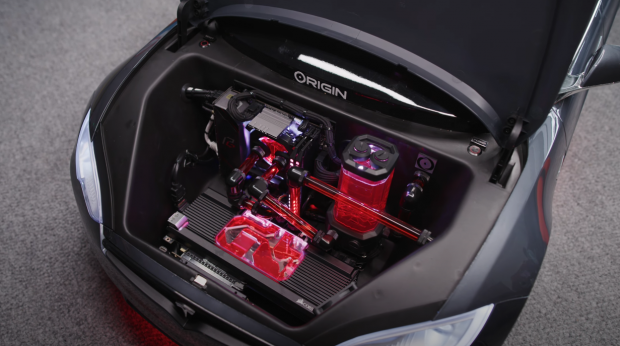