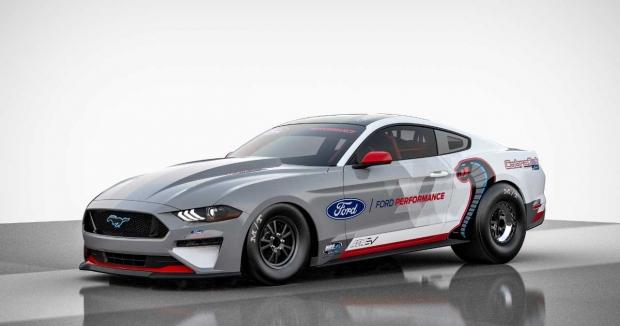 The electric motors used in the drag racing car deliver over 1400 horsepower and 1100 pound-feet of torque. "Ford has always used motorsport to demonstrate innovation," said Dave Pericak, Global Director, Ford Icons. "Electric powertrains give us a completely new kind of performance and the all-electric Cobra Jet 1400 is one example of pushing new technology to the absolute limit. We're excited to showcase what's possible in an exciting year when we also have the all-electric Mustang Mach-E joining the Mustang family." 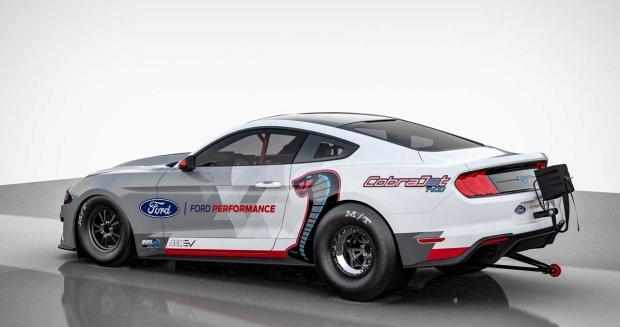 Ford sees the Cobra Jet 1400 project as an opportunity to begin the development of electric powertrains in a racecar package. Ford already has lots of experience with that racing car package, it produces Cobra Jet race cars with supercharged V-8's for drag racing and has for several years.

Ford says that it teamed up with several capable and specialized suppliers for the Cobra Jet 1400 project. The vehicle builder, designer, integrator, and tuner is MLe Racecars. Watson Engineering built the roll cage and provided chassis support and development. AEM EV handled motor calibration and controls as well as software. Cascadia was the inverter and motor supplier for the project. There's no indication that Ford intends to build more than one of these vehicles. Electric powertrains do very well for drag racing thanks to all of the torque being available as soon as you step on the pedal. Green race cars isn't the only environmentally friendly project Ford has, it's also using coffee waste products in some car parts.