President Donald Trump has just tweeted that he will be signing a new Executive Order (EO) that will "temporarily suspend immigration" into the United States over the coronavirus outbreak.

President Trump tweeted: "In light of the attack from the Invisible Enemy, as well as the need to protect the jobs of our GREAT American Citizens, I will be signing an Executive Order to temporarily suspend immigration into the United States!" We don't know what the US government will do in the form of halting immigration for now, but I'm sure that will be detailed very shortly.

We should expect some big backlash over his new move, and some more details on the actions that President Trump's upcoming Executive Order will bring. 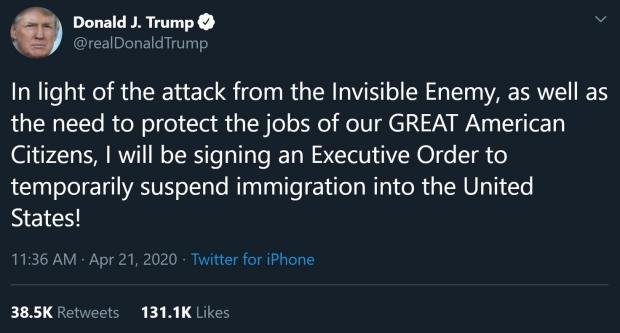