Microsoft could retire the Xbox One X console soon as it preps for its new next-gen beast. 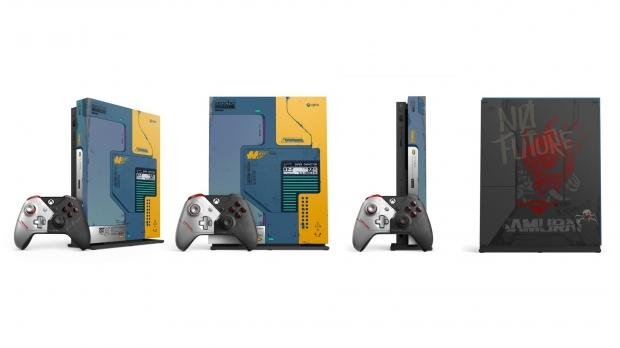 It looks like the Xbox One X is on its way out the door. Today Microsoft confirmed the new Cyberpunk 2077 special edition Xbox will be the last custom Xbox One X console ever made. It's not a direct confirmation the Xbox One X is being discontinued, but it's a strong hint, and it makes total sense with the next-gen Xbox Series X on the horizon in holiday 2020.

The Xbox Series X will be pretty expensive to produce, and may retail for as low as $500 and as high as $549. Internal estimates from Bloomberg pinpoint both the PS5 and Xbox Series X cost $450 to make, and developer sources and analysts approximate a $499 retail consumer MSRP. This raised prices put more stress on Microsoft's manufacturing processes and will likely squeeze out the Xbox One X from its new middle-tier position, leaving the cheaper and more flexible Xbox One S as the entry point for the system.

"The new Xbox One X Cyberpunk 2077 Limited Edition Bundle, the final Xbox One X limited edition console to ever be released, will be coming June 2020," reads the announcement.

Microsoft recently dropped the Xbox One X down to $299 for a limited time in an effort to clear inventory. This pretty much told us everything we needed to know, but the Cyberpunk 2077 info reinforces our original thoughts.

It's also possible these moves indicate the rumored lower-cost next-gen Xbox is real.

Back in 2018, sources said Microsoft would release two next-gen consoles in 2020: The powerful Anaconda, which has been announced as the 12TFLOP Xbox Series X, and Lockhart, a cheaper and lower-powered derivative that uses the same technology but with a downgraded GPU and CPU.

Microsoft has yet to confirm or announced Lockhart, but an announcement could be coming soon. If Lockhart is real, it also makes more sense why the Xbox One X is effectively being phased out.